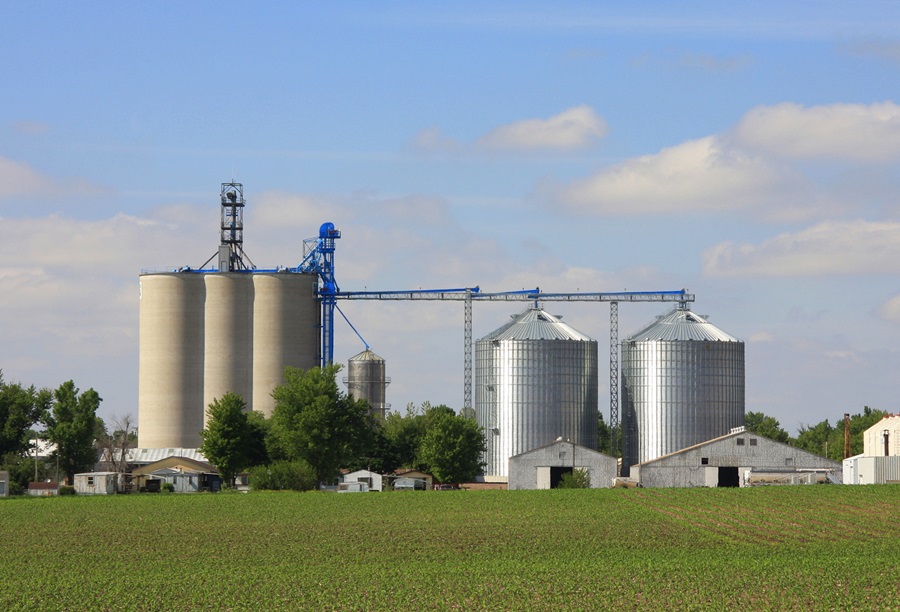 The record net income reflects the success of Top 100 co-ops holding in check expenses while also increasing service and other operating income. Both patronage income received from other cooperatives and non-operating revenues also increased, contributing to the rise in net income.

A significant rise in service and other operating income of $2.9 billion occurred in 2019 (an increase of $811 million, or 38.5 percent, from 2018). Wages, depreciation, and interest expense all increased in 2019, but other expenses fell. Together these changes provided a very slight increase in total expenses. 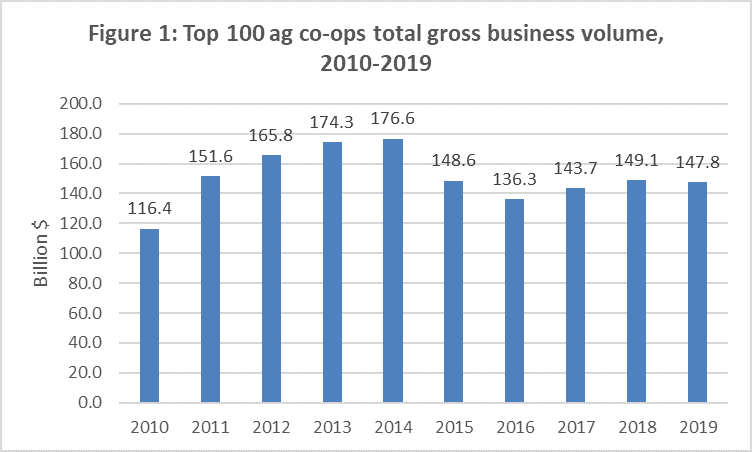 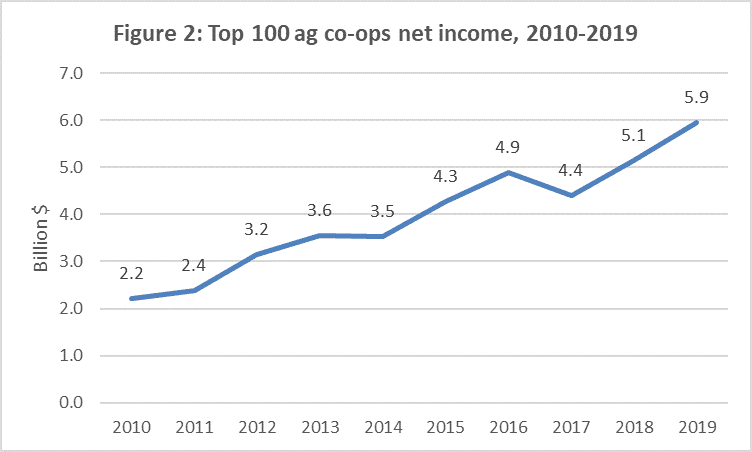 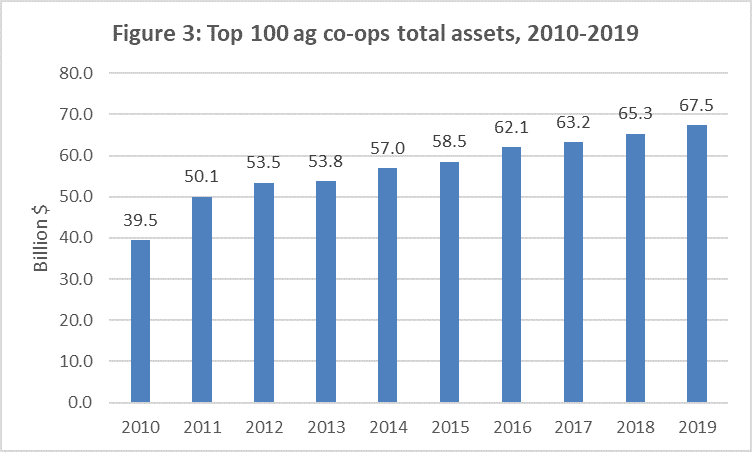 Iowa, California, and Minnesota had most Top 100 ag co-op sales

Net sales of the 100 largest ag co-ops totaled $121 billion, $91 billion from marketing commodities and $30 billion from selling supplies. These co-ops also conducted $22.6 billion in business between themselves, and when added to net sales, resulted in the total $143.6 billion in gross sales of the Top 100.

CHS Inc., Inver Grove Heights, Minnesota (an energy, farm supply, grain and food co-op)  is the nation’s largest agricultural co-op (in fact, the largest U.S. co-op of any kind) and has held that position for many years. In 2019, CHS had total gross business revenue of $32.2 billion and total assets of $16.4 billion. Dairy Farmers of America, a dairy co-op headquartered in Kansas City, Missouri, is in the 2nd position in the listing with total revenue of $16.3 billion and assets of $5.6 billion. Land O’Lakes of Saint Paul, Minnesota, a diverse supply and dairy co-op is ranked third with $13.9 billion in total gross revenues and $8.9 billion in assets.

Tracking the Top 100 co-ops’ performance, year-to-year, provides insight into trends and economic forces impacting ag co-ops and their member owners. The various financial ratios discussed may also serve as a yardstick that all co-ops can compare their own status to. In 2019, the Top 100 co-ops employed record assets and had record net income. Even though they experienced slightly lower business revenue, these top co-ops showed significant financial and operational strength.

Strong performance allows co-ops to: invest in additional or renewed operational assets; use funds to shore up their financial foundation; and to pay out patronage refunds and revolve member equity to members. The operations of the nation’s 100 largest agricultural cooperatives represent a wide diversity of agricultural businesses. As such, it is difficult to point to two or three reasons for the changes that occurred on the list in the past year. There are many reasons that a co-op’s rank, total business volume, revenue, expenses and income change on a year-to-year basis; these factors will vary depending upon the sector the cooperative operates within.

Total business revenue changes can be influenced by: cooperative-sector structural changes, e.g., mergers, acquisitions and dissolutions; prices and physical volume of commodities marketed and farm inputs sold; energy-sector performance; state and national trade and farm programs; food-price fluctuations; economic peaks and valleys; weather conditions; etc. It is important to keep such factors in mind when assessing the rank and performance of the Top 100 U.S. agricultural co-ops.

Finally, while this analysis focused on the largest 100 ag co-ops in the nation, it should not, by any means, diminish the importance of small- to mid-sized ag co-ops and their vast contributions. Co-ops of all sizes and types play a critical role in the food and fiber economy of the United States, as well as positively impact rural communities. All co-ops operate to effectively serve members, striving to provide them with excellent services and greater economic benefits than they would otherwise experience without direct participation in cooperatives.

This bulletin was developed from the information contained in a more comprehensive bulletin that is available in .pdf format. The full bulletin also contains 8 tables, including the entire listing of the Top 100 ag co-ops for 2019. To receive a copy of the full bulletin, please request it by emailing kevin.lapp@usda.gov or coopinfo@usda.gov. 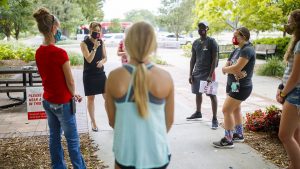