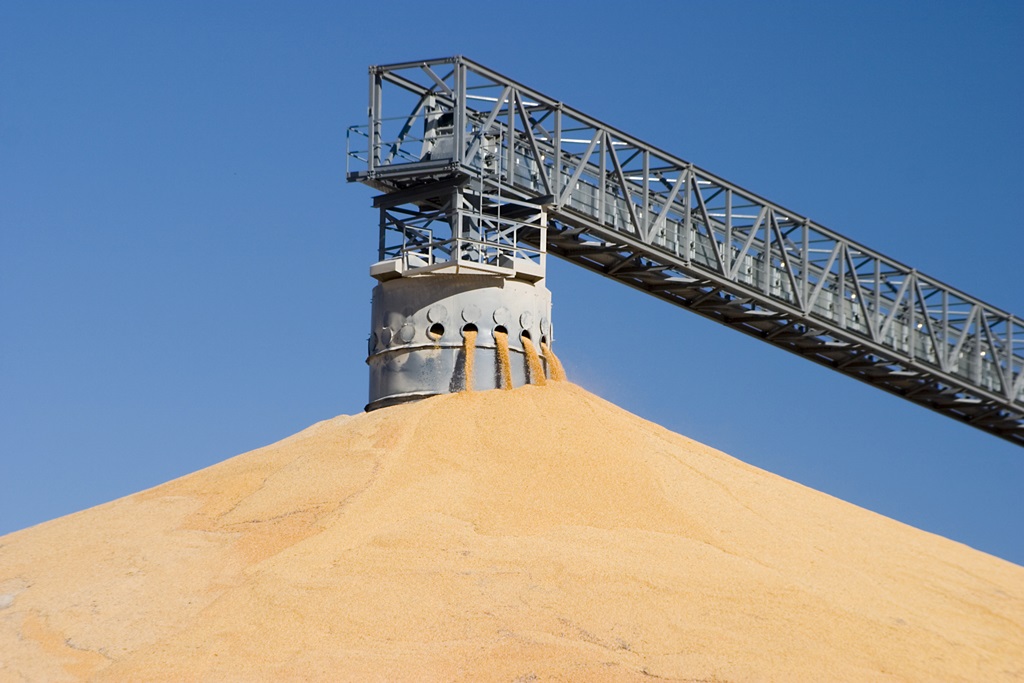 Grain markets in 2019 had a familiar feel – a late June rally that faded as concerns about the U.S. corn and soybean crops subsided (see futures prices for corn here, soybeans here). This was especially frustrating for producers hoping for a substantial price improvement after spring planting challenges and record prevented planting acreage. Given Mother Nature’s best efforts to implement a supply management plan, it’s worth stepping back and considering how much grain outlook conditions changes in 2019. This week’s post reviews how projections of grain production and ending stocks changed throughout 2019.

Figure 1 shows the U.S. corn ending stocks to use ratio since 2000. Additionally, the graph includes the projection from the USDA’s May WASDE Outlook (in orange). The May WASDE represents the early spring forecast – before the widespread planting challenges were evident.

Stepping back a bit, keep in mind that the USDA’s May projection was much bleaker. With corn stocks to use ratio at nearly 17%, corn stocks had a very real possibility of turning higher in 2019, especially if yields came in above-trend. Additionally, the spring outlook was for corn stocks at the 4th highest level in 20 years.

For a longer-term look at grain stocks, see our earlier post. While the story for soybeans is similar to that of corn, the magnitude is much more dramatic (Figure 2). In May, the USDA projected soybean ending stocks would exceed 23% of use, the highest level in 20 years, and slightly above 2018 levels.

Currently, the soybean outlook for 2019/2020 is an ending stocks to use ratio of 11.9%. This is the result of a dramatic reduction in expected acreage – thanks to Mother Nature. While current levels remain above the 20-year average (8.3%), the adjustment has been significant and was hard to imagine just six months ago. Figure 3 shows the same data for wheat. Wheat has not captured as much attention as corn and soybeans but has had a similar story. In May, the USDA had projected U.S. 2019/2020 wheat stock would be at the highest level observed over the past 20 years, 56% of usage. Currently, the outlook is much improved at 48% stock to use ratio. That said, current levels are above the 20-year average for ratio of 35%. Table 1 shows the change in key 2019 grain production and ending stock figures from the November and May WASDE report. You can see how acreage, yield, production, and ending stock projections change over the seven months. We will point out a few key observations.

Not included in this table are other key factors, including usage and beginning stocks. While record prevented planting acreage and below-trend yields failed to move prices as high as many hoped, commodity prices, alone, do not tell the entire story. Current conditions are significantly different from those projected back in May. While production declines were most significant for soybeans, production and ending stock adjustments also occurred in corn and wheat as well.

It is important to keep in mind that 2019’s production hiccups occurred when ending stocks were already high; the starting point matters. The balance sheets for corn, soybeans, and wheat improved, but the ending stock improvements were from ‘very high’ to ‘high’ levels.

While most were hoping for a significant improvement in the farm economy and commodity prices, 2019 is likely a year where the “good news” is that a potential price disaster was avoided. It is a bit sobering to consider how low commodity prices might be today had May projections became a reality. Moreover, what if 2019 was another year of above-trend yields?