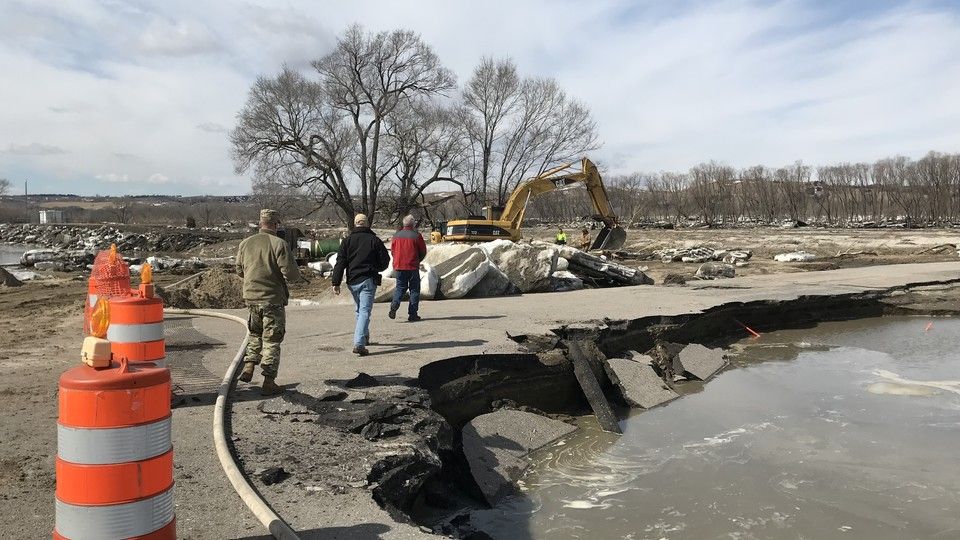 Following the defeat of two bills to address 2018 and 2019 disasters on the Senate floor Monday evening, Democrats offered a new plan to address Puerto Rico while Republicans criticized their colleagues for blocking urgently needed aid to other parts of the country.

Democrats want more aid for Puerto Rico than the Republicans have proposed. On Monday evening, neither a Republican proposal that contained $600 million in additional food stamp benefits for Puerto nor the House-passed bill that is more generous to Puerto Rico got the 60 votes needed to proceed.

Meanwhile, Senate Republicans blamed Democrats for stopping both the aid to Puerto Rico that was in the Republican bill and aid to farmers.

Sen. Charles Grassley, R-Iowa, said, “Senate Democrats yesterday blocked a bill that provides much-needed funds for Puerto Rico’s nutrition program, also aid for the 2018 hurricane and wildfires, and thirdly assistance to Midwest states in the midst of a flood crisis.”

“Now, the people that voted against it say it was because they care about Puerto Rico. But the bill they blocked takes care of the urgent funding shortfalls there in that commonwealth,” he said.

“Playing politics with disaster aid does a disservice to the people of Puerto Rico and the people of states like Iowa that are suffering right now from these floods,” Grassley said. “Why would these senators want to come to campaign in Iowa when they don’t show sympathy for Iowans suffering from the floods with the vote that they cast last night?”

At a House Agriculture Appropriations Subcommittee hearing on the rural economy Tuesday, Paxton Poitevint, the president and CEO of Southwest Georgia Farm Credit in Bainbridge, Georgia, said that while crop insurance, commodity programs and trade agreements are helping, the cotton and nut farmers whose crops were devastated by Hurricane Michael and timber growers in his area “need federal disaster assistance now.”

House Agriculture Appropriations Subcommittee Chairman Sanford Bishop, D-Ga., said at the hearing, “To be honest, I did not think we’d still be sitting here in April without a disaster aid package signed into law.”

Bishop added that he is “extremely frustrated” and “hopeful it will happen soon.”

Rep. Jeff Fortenberry, R-Neb., whose district has been devastated by floods, said that as bad as the agricultural losses are now, they “are going to mount.”

The Leahy/Schumer amendment totals $16.7 billion and includes $2.5 billion in new funding for disaster-stricken communities in the Southeast and Midwest and restores certain funding for Puerto Rico and other territories.

Leahy and Schumer said, “We cannot pick and choose which American citizens to help in times of crisis. Democrats are ready to stand with all American communities affected by recent natural disasters. We hope Republican leadership will stand with us in this effort.”

Sen. Dianne Feinstein, D-Calif., whose constituents suffered from wildfires and forest fires in 2018, voted against the Republican bill and said, “In California, the scale of last year’s destruction was unprecedented. Wildfires killed 85 people, destroyed nearly 14,000 homes and burned more than 150,000 acres, including the entire town of Paradise. Recovery efforts are already underway and additional funding is needed to prevent any delay.”

“Tragically, Californians aren’t the only Americans still trying to recover,” Feinstein said. “Victims of recent typhoons, volcanoes, earthquakes, floods, tornadoes and hurricanes, including those that struck Puerto Rico two years ago, are also counting on Congress to approve this funding.

“Congress used to set politics aside after major disasters and help victims in their time of need. Partisan infighting won’t rebuild a single home or school. It’s time we pass an emergency supplemental bill that includes funding for all disaster victims.”

President Donald Trump has said he does not want to provide any aid to Puerto Rico beyond the money for food stamps. Trump called the leaders of Puerto “incompetent and corrupt” and made statements that are factually incorrect, The New York Times reported.