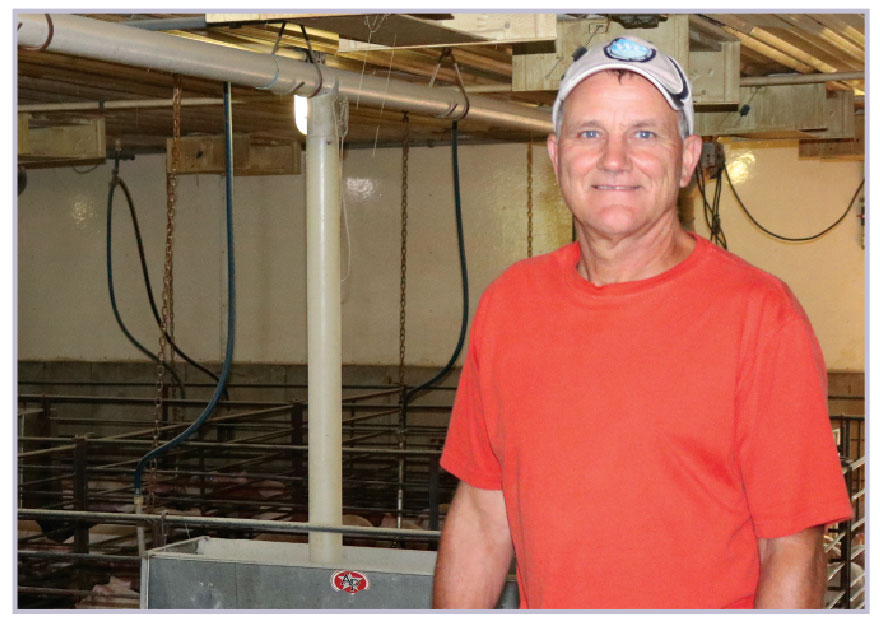 The U.S. Department of Agriculture today announced the appointment of five members to the National Pork Board. Bill Luckey of Columbus, Nebraska was among those selected and will serve a three-year term.

Bill Luckey owns a wean-to-finish operation in Columbus, Nebraska where he also holds partial ownership of a sow farm. Bill is responsible for the daily care of 740 nursery pigs and 1,400 finisher pigs.  In addition, his family operates a 2,000 head custom contract finisher. They market 10,000 pigs annually. Bill also raises corn, soybeans and cattle on 700 acres.

Bill is currently serving on the board of directors for the Swine Health Information Center. He has also been active on numerous National Pork Board committees and currently serves as chairman of the International Marketing Committee. In addition, has given over 50 speeches as an Operation Main Street 2.0 speaker.

Tim Chancellor offered his congratulations stating, “It gives me great pleasure to extend my warmest congratulations to Bill on his appointment to the National Pork Board. I am confident that Bill will continue his unwavering dedication to the pork industry.”

Since 1966, Congress has authorized the development of industry-funded research and promotion boards to provide a framework for agricultural industries to pool their resources and combine efforts to develop new markets, strengthen existing markets, and conduct important research and promotion activities. The Agricultural Marketing Service (AMS) provides oversight of 22 boards, paid for by industry assessments, which helps ensure fiscal accountability and program integrity.