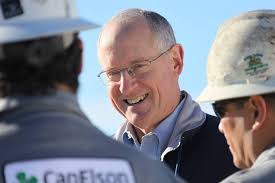 Representative Mike Conaway of Texas announced Wednesday he would not seek reelection. The long-time House Agriculture Committee member and former Chairman calls his time in Congress “an honor and privilege that I cannot adequately describe.” Conaway made the announcement in Midland, Texas, during a news conference.

Conaway told reporters he would be term-limited from continuing his leadership as the ranking member of the House Agriculture Committee, noting little opportunity for leadership positions elsewhere. Given the situation, he called this “the perfect time” to transition. During his chairmanship, Conaway led the House Ag Committee in crafting the 2018 farm bill. He previously chaired the House Ethics Committee, and currently serves on four committees.

The 71-year-old was first elected to represent the 11th District of Texas when it was redrawn to include Midland in 2005. Conaway is a military veteran and CPA, who noted at the end of his current term, he will have spent 34 percent of his adult life in public service.