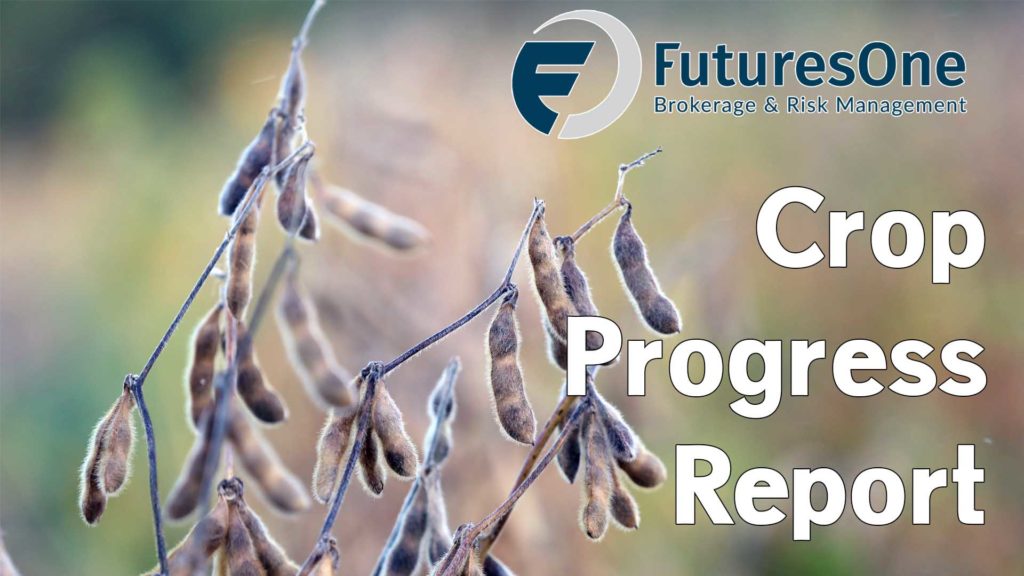 “North Dakota and Michigan are just 42% and 44% mature, while Wisconsin and South Dakota are 49% and 53%, respectively,” DTN Senior Analyst Dana Mantini said.

“North Dakota harvest was just 1% done, while Wisconsin is 3% and South Dakota, Michigan, Minnesota and Iowa are just 5% to 7% done,” Mantini noted.

The condition of corn still in fields continued to decline with an estimated 55% good-to-excellent rating, down 1 percentage point from the previous week and the lowest in six years, according to Mantini.

“North Dakota was 16% done, while South Dakota was only 13% and Kansas, Missouri and Wisconsin are all in the 13% to 15% done range,” Mantini said. Soybean condition was rated 54% good to excellent, up 1 percentage point from 53% the previous week.

Sorghum mature was estimated at 81%, just barely behind the average of 82%. Sorghum harvested reached 40%, behind the five-year average of 46%.

Listen to Clay Patton break down the report here:

Cozad's Nuisance Program Continues into 2nd Year out of a Planned 4 years.