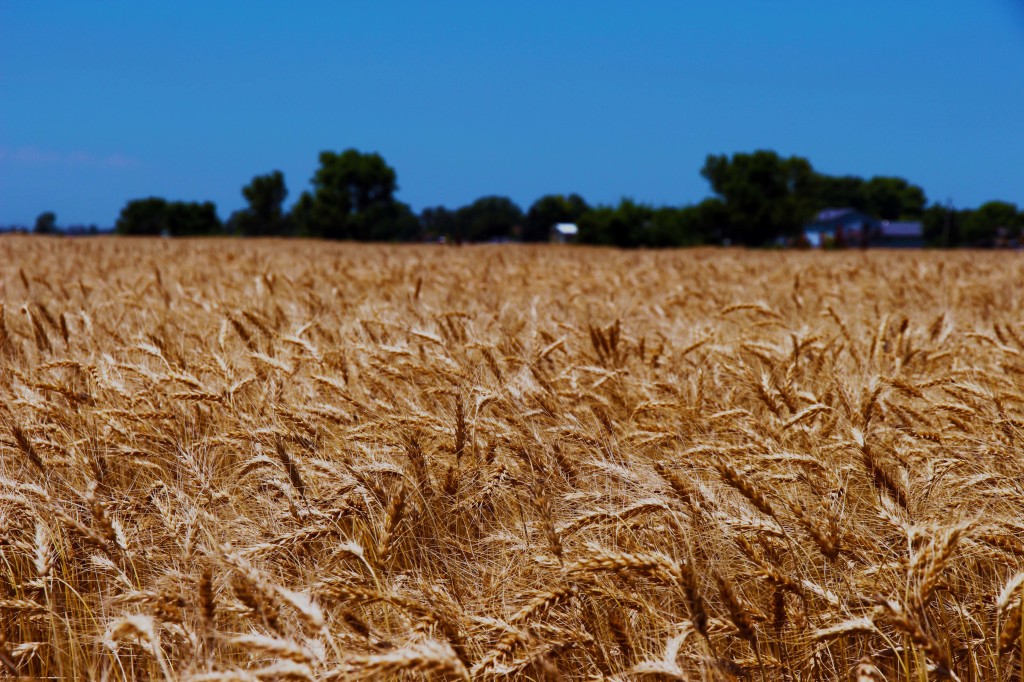 The amber waves finished growing and bushels statewide are flowing as harvest rolls through the subtle Kansas hills. Temperatures show no sign of relenting and rain has little chance of preventing yield monitors from giving farmers chills.
Osborne’s Midway Coop Association manager Dell Princ reported Monday was their first day of harvest, and farmers are well above target for yields for treated fields.

“Leaving wheat untreated left some acres susceptible to rust,” said Prince. “But the farmers who put fungicide on this spring are seeing that it’s paid off.”

Average yields are ranging from 55-60 bushels an acre. Test weights are averaging around 61 pounds per bushel and protein content is averaging 11.2 percent.

Prince said, “This is by far the biggest harvest we’ve had in a long time. The last few years the wheat had just burned up in the fields.”

Delphos Coop Association manager Steve Hoesli reported that his area is around 60 percent complete. His location saw their first load on June 14, and they have been rolling steady as farmers and custom cutter increased their harvest fleet.

Test weights have ranged from 61-62 pounds per bushel and proteins have ranged from 11-11.5 percent. Hoesli said that most farmers have seen yields in the 60s, but hearing 70 bushels per acre has not been uncommon.

Ron Suppes, a Lane County farmer, said that truck lines, traffic and dust are all starting to increase, and the county roads have started to suffer, but the good yields have helped to buffer the inconveniences.

Suppes reported seeing a range of 50-75 bushels an acre. The Danby variety has had some excellent test weights at 62-63 pounds per bushel. Moisture levels so far in harvest have ranged from 11-12 percent.

For exclusive #wheatharvest16 content, and more, please head to
facebook.com/kansaswheat.

The 2016 Harvest Report is brought to you by the Kansas Wheat Commission, Kansas Association of Wheat Growers and the Kansas Grain and Feed Association.