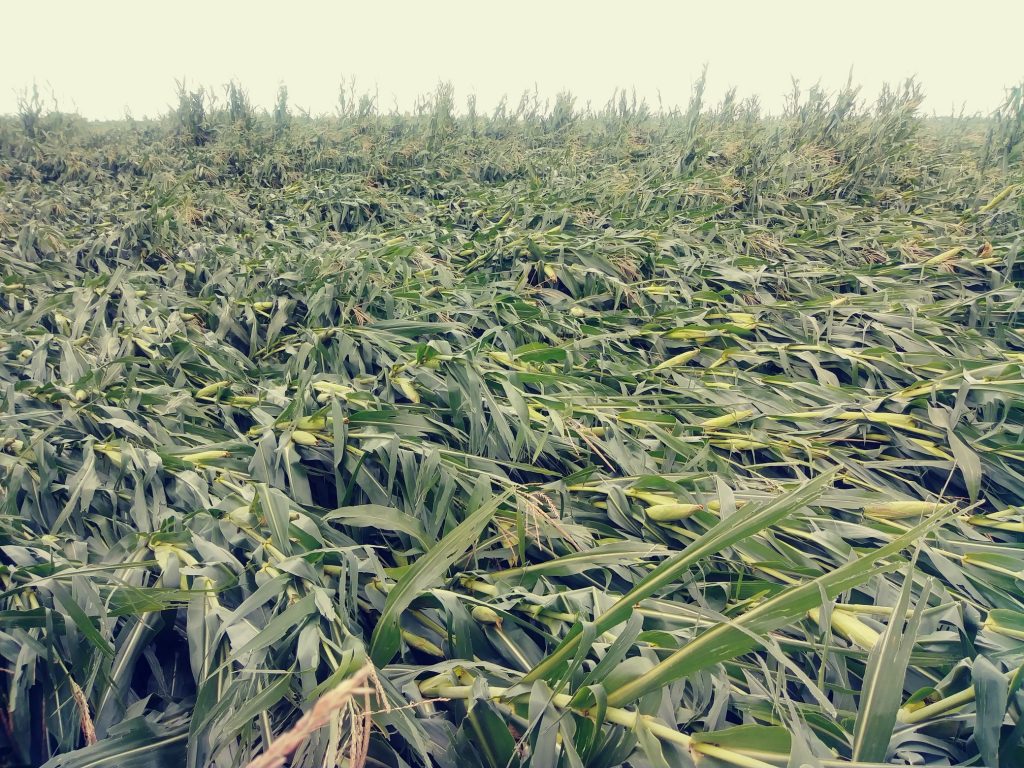 DES MOINES, Iowa (AP) — Farmers across much of Iowa are dealing with the heartbreaking aftermath of a rare wind storm that turned what was looking like a record corn crop into deep losses.

The storm slammed the Midwest with straight line winds of up to 100 miles per hour on Monday, gaining strength as it plowed through Iowa farm fields, flattening corn and bursting grain bins still filled with tens of millions of bushels of last year’s harvest. Similar damage was reported in Indiana and Illinois.

Before the storm, the U.S. Department of Agriculture had forecast a record national corn crop this year, of which Iowa was expected to provide about 18%.

#DerechoDay +2 #SameField of #Iowa #corn. I’m trying to remain ever optimistic. It looks like the corn is trying to raise a little higher than it did yesterday, but there’s a long way to go. I did note a field or 2 north of DSM that we’re starting to Yellow. #IowaAg pic.twitter.com/vgHrbxQQ1I