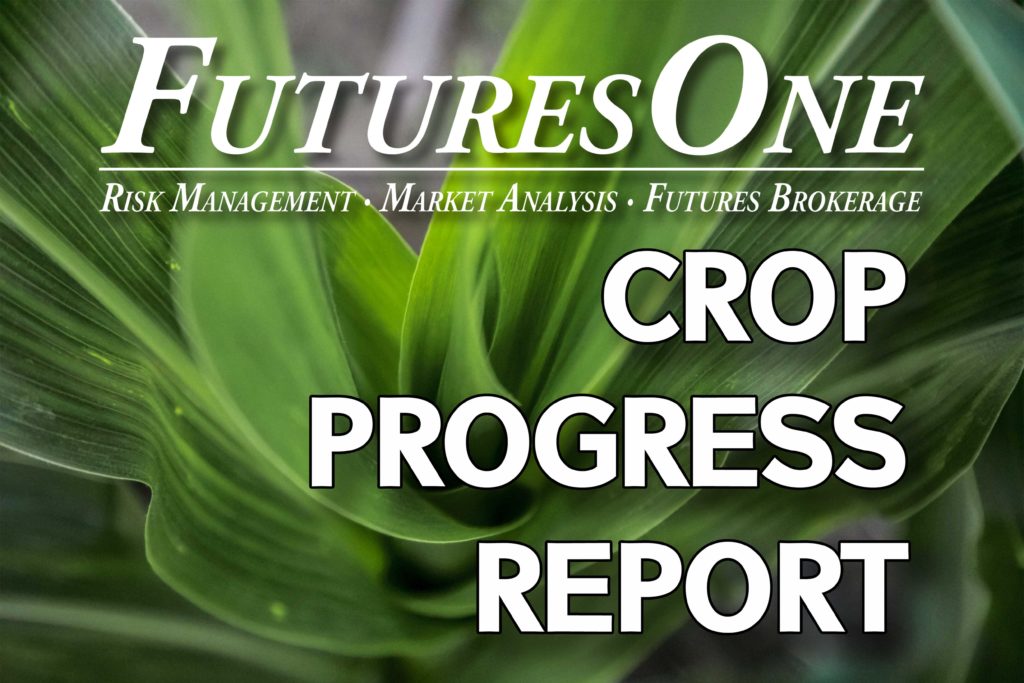 Listen to the report here: http://post.futurimedia.com/krvnam/playlist/futures-one-usda-crop-progress-report-6-25-4501.html

“That is still the highest since 1999 when the good-to-excellent rating was also 77%,” said DTN Analyst Todd Hultman. “The top two trouble states for corn are Texas and Missouri, which are showing poor-to-very-poor ratings of 25% and 16% respectively.”

“That is the highest in over 20 years, but also close to the 72% seen in 2016,” Hultman said. “As with corn, Missouri showed some problems with 15% of soybean crops rated poor to very poor.

NASS reported that 41% of winter wheat was harvested as of Sunday, ahead of the five-year average of 33%. The Kansas winter wheat harvest was 52% complete, well ahead of its usual pace.

Spring wheat progress was also ahead of normal with 34% of the crop headed compared to 33% last year and the five-year average of 27%.

“USDA said 77% of spring wheat crops were rated in good-to-excellent condition, the highest since 2012 when crops showed the same rating,” Hultman said. “Idaho and South Dakota both showed 10% of their spring wheat rated poor to very poor, and no other state showed worse.”

Cotton squaring was 32%, ahead of the average pace of 28%. Six percent of cotton was setting bolls, near the average of 5%.

To view weekly crop progress reports issued by National Ag Statistics Service offices in individual states, visit http://www.nass.usda.gov. Look for the U.S. map in the “Find Data and Reports by” section and choose the state you wish to view in the drop-down menu. Then look for that state’s “Crop Progress & Condition” report.