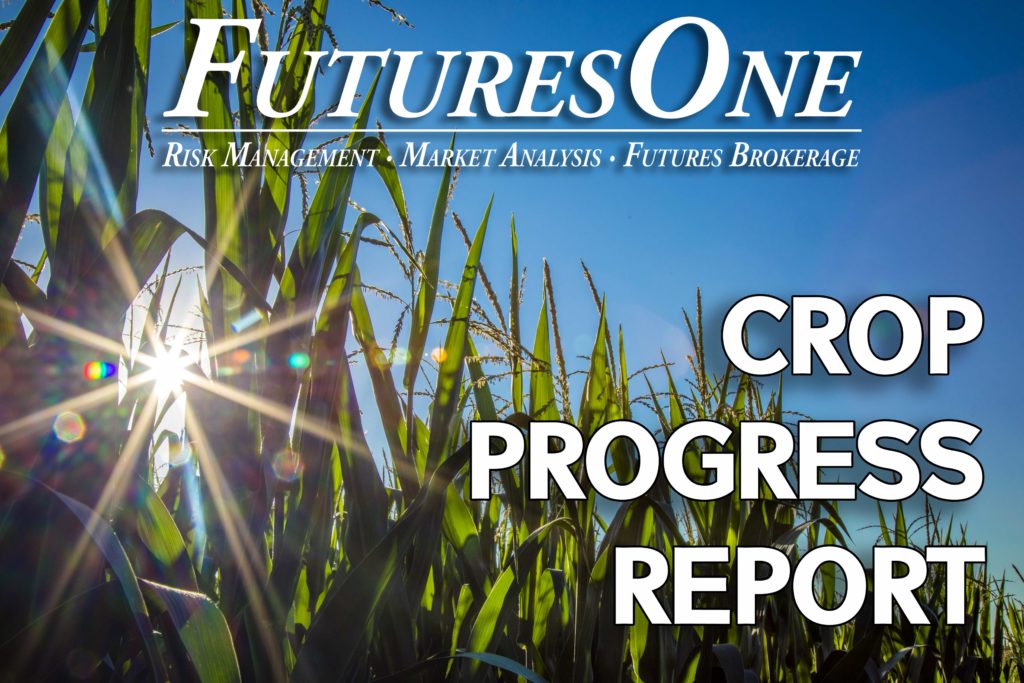 NASS estimated that 71% of corn was in good-to-excellent condition as of Sunday, down 1 percentage point from 72% the previous week but still the third-highest rating of the past five years. The poor-to-very poor rating in Missouri jumped up from 31% last week to 44% on Monday, noted DTN Analyst Todd Hultman.

Soybean condition also slipped from the previous week. Nationwide, the crop was rated 67% good to excellent, down 3 percentage points from 70% the previous week. As with corn, the soybean rating was still the third highest in the past five years, Hultman said.

NASS estimated that 90% of winter wheat was harvested with most wheat still standing from Montana to the Pacific Coast.

Spring wheat harvest was 13% complete as of Sunday, behind last year’s 22% but near the five-year average of 14%.

“Seventy-four percent of spring was rated good to excellent, down from 78% a week ago as dry weather has become a recent concern,” Hultman said. “It is still the highest good-to-excellent rating for spring wheat since 2010.”

Barley was 16% harvested as of Sunday, behind 22% last year and also behind the average of 18%. Barley condition was down 1 percentage point to 79% good to excellent last week. Oats were 51% harvested as of Sunday, ahead of 48% for last year and also ahead of the five-year average of 49%. Oat’s good-to-excellent condition rating held steady at 71%.

To view weekly crop progress reports issued by National Ag Statistics Service offices in individual states, visit http://www.nass.usda.gov/…. Look for the U.S. map in the “Find Data and Reports by” section and choose the state you wish to view in the drop-down menu. Then look for that state’s “Crop Progress & Condition” report.