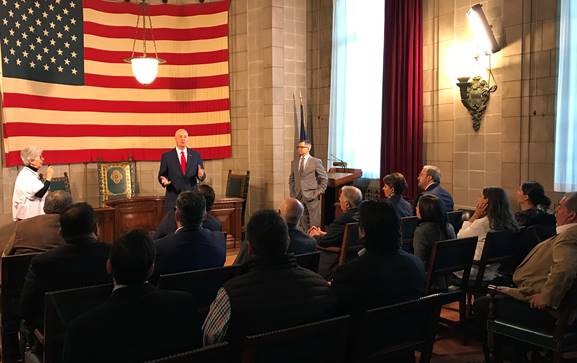 During his remarks to the Mexican delegation, Governor Ricketts highlighted the agricultural, financial, and environmental benefits of ethanol.  Nebraska produces over 2 billion gallons of ethanol each year, which ranks second among all U.S. states.