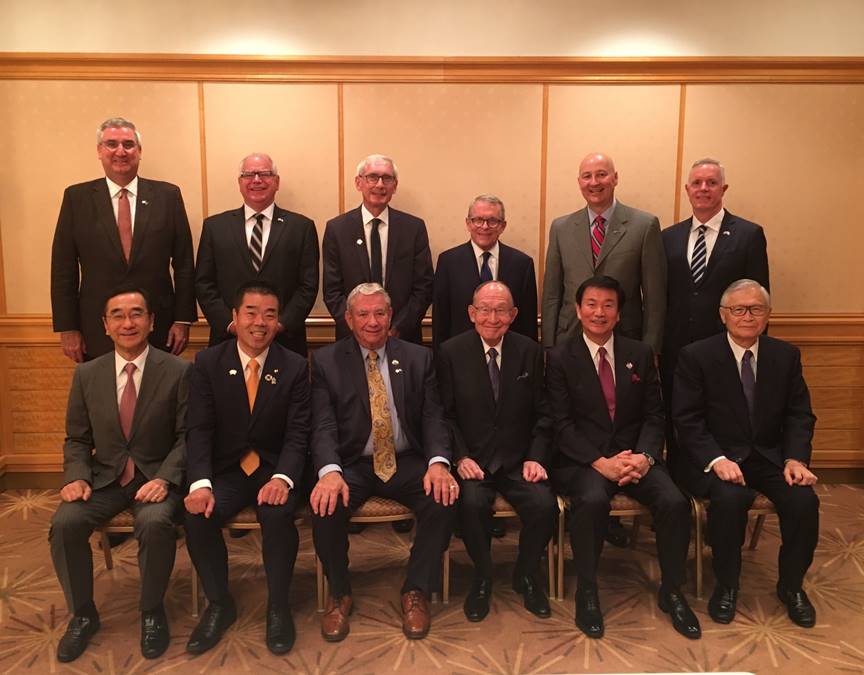 Today, Governor Pete Ricketts and the Nebraska trade delegation arrived in Tokyo, Japan for the 51st Annual Midwest U.S.-Japan Association Conference.  Each year, the conference attracts about 400 U.S. and Japanese business executives, and highlights the strong relationship between Japan and Midwestern states.

The conference began with a meeting of the American and Japanese Governors in attendance.  During the meeting, the Governors discussed the importance of growing the U.S.-Japan relationship and securing a trade deal between the two countries.

Japan is Nebraska’s fourth largest export market, with over $1.1 billion worth of exports in 2017.  The country is Nebraska’s largest direct international investor with Japanese companies employing about 9,400 people in Nebraska.  They are Nebraska’s number one international customer for ag exports overall, beef, pork, wheat, eggs and number two for corn, sorghum, and pet food.  A full profile of Nebraska’s trade relationship with Japan can be found by clicking here.