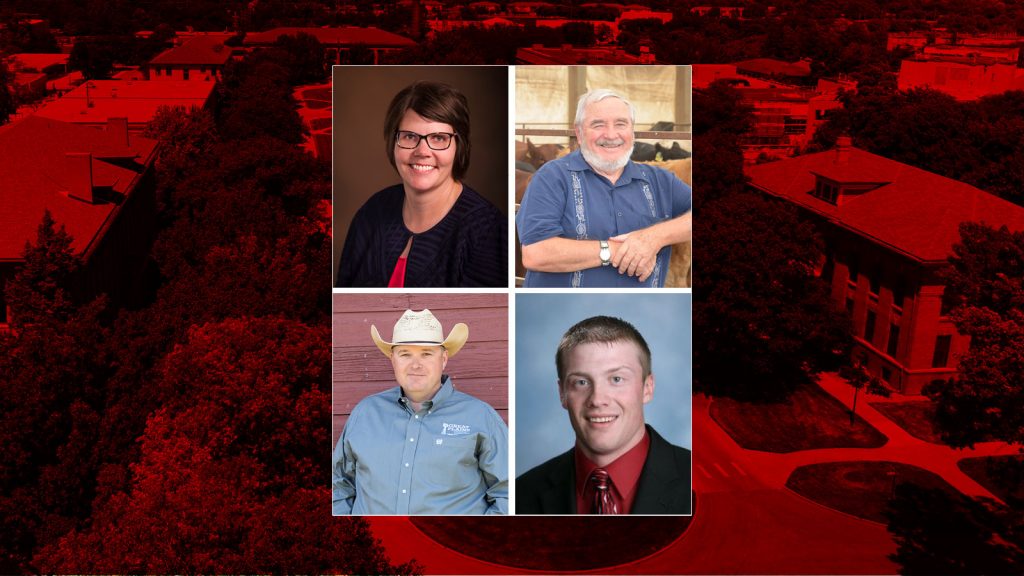 The Department of Animal Science at the University of Nebraska –Lincoln will present four awards of distinction at the Animal Science Alumni and Friends Reunion on October 3, 2020.

The awards recognize the outstanding accomplishments of undergraduate and graduate alumni, and individuals’ contributions made to the department through their commitment to the industry.

Trey Kellner, BS 2010, of Audubon, Iowa will be honored with the young alumni of distinction award.

While at Nebraska, Kellner was involved in livestock judging, Block and Bridle, and Alpha Gamma Rho. He was named to the Intercollegiate All-American Livestock Judging Team in 2009. Kellner was also part of two Animal Science Quadrathlon winning teams and was a contributing member of a Top 4 Quadrathlon team at the 2010 Midwest American Society of Animal Science Meetings. He was also part of the Champion Communications team at the 2009 National Meat Animal Evaluation Contest.

Following graduation, Kellner earned his MS and Ph.D. in Animal Science from Iowa State University. He served many leadership roles during his time in Ames and was recognized as an ASAS Young Scholar in 2017.

After earning his Ph.D., he was hired by AMVC Nutritional Services to be their first swine nutritionist. Kellner’s role is responsible for designing and implementing the execution of feeding programs for 140,000 sows and 1,200,000 annually marketed pigs. He increased AMVC Nutritional Services’ business by 55,000 sows and 325,000 annual markets pigs in his two short years there.

He has been sought as a keynote speaker at multiple scientific conferences and industry forums.

Kellner continues to give back to Nebraska by advising undergraduate students as an Alpha Gamma Rho alumni board director and he also serves as a committee member for regional and national collegiate livestock judging contests.

Nominators Thomas Burkey and Jamison Jensen say very few people have more pride in being an alumnus of the Department of Animal Science at the University of Nebraska-Lincoln than Dr. Kellner.