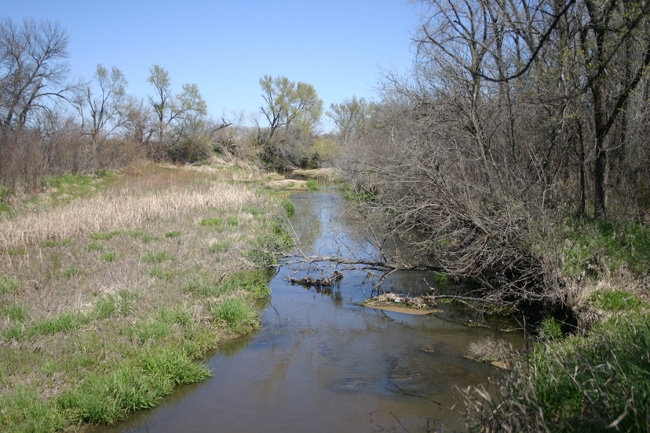 (Manhattan, Kan.) Reflecting a new spirit of cooperation, Nebraska, Kansas and Colorado today have reached a historic agreement during a special meeting of the Republican River Compact Administration. Representatives of the States have signed a resolution, approving operational adjustments in 2014 and 2015 under the Republican River Compact that will benefit water users throughout the Basin and set the Administration on a course to find long-term solutions to persistent problems.

Chairman Brian Dunnigan, Nebraska Director of the Department of Natural Resources, cited recent comments by U.S. Supreme Court Special Master William J. Kayatta, who encouraged the States to work toward greater consensus for administering the waters of the Basin. “It is in that spirit that the States have negotiated the resolution that was approved today,” said Chairman Dunnigan.

Today’s signed agreement addresses the operational adjustments address how water is administered for the benefit of irrigators in the Basin. It provides Nebraska with 100% credit for water delivered from augmentation projects to Harlan County Lake prior to June 1, 2015, and the delivered water is for exclusive use by Kansas irrigators.

Today’s agreement is in addition to two cooperative agreements signed in October. Together, these three agreements change the traditional ways the compact has been previously interpreted and implemented for a more cooperative approach.

Kansas Commissioner David Barfield acknowledged that the new resolution comes on the heels of another mutually acceptable pair of resolutions signed in October in Denver, Colorado. “Approving the resolutions will bring significant benefits to the States by preserving the remaining water supply in Harlan County Lake and providing additional certainty to water users throughout the Basin.”

“These resolutions reflect the States’ strong resolve on these matters,” said Dick Wolfe, Commissioner from Colorado. “We know there is additional work to do, but we are moving in the right direction to reach long-term agreements that are fair to all parties and reflect good management of the Basin’s water supply.”

At an October 22 Republican River Compact Administration meeting in Denver, Colorado, two of the agreements were signed. One of the agreements ensured that the Kansas Bostwick Irrigation District in north central Kansas will have a viable irrigation water supply for the 2015 growing season while providing Nebraska certainty of the effectiveness of its compact compliance efforts. The other agreement ensured that Colorado and Kansas will work towards improving Kansas’ water supply on the South Fork Republican River while authorizing Colorado to receive credit in the Compact accounting for operating its augmentation project on the North Fork Republican River.