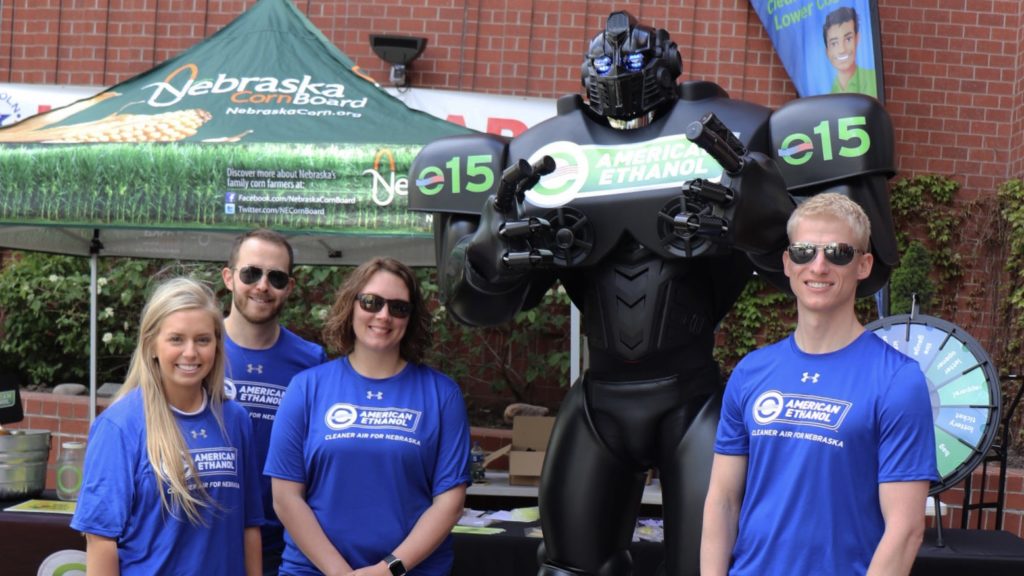 LINCOLN, Neb. – May is typically the kick-off to the summer drive season, and it’s also a time to celebrate renewable fuel choices through Renewable Fuels Month. Since 2006, the acting Nebraska governor has dedicated one month out of each year to recognize the importance of renewable biofuels, such as ethanol, to the state.

Currently, over 97% of all gasoline in the United States, is blended with locally-produced ethanol. Nebraska is home to 25 ethanol plants across the state, which produce 2.2 billion gallons of clean-burning, locally produced fuel each year. Because most of the ethanol produced in the U.S. is produced from corn, ethanol plants also produce over 6.4 million metric tons of distillers grains (a high-protein livestock feed) as an ethanol coproduct.

Nebraska’s ethanol industry also creates jobs. Over 1,400 people in rural Nebraska were directly employed by the industry with an average salary of more than $50,000.

“Nebraska’s ethanol industry not only benefits our state’s farmers, but also our consumers and our nation’s economy,” said David Bruntz, chairman of the Nebraska Corn Board and farmer from Friend. “The more ethanol we use, the cleaner our air becomes. We’re reducing greenhouse gas emissions and limiting cancer-causing toxic chemicals from entering into our atmosphere. Additionally, we’re able to save money at the pump on higher-octane fuels.”

Several events and promotions are scheduled throughout the month of May to raise the awareness of the different renewable fuel options and benefits. The month kicked off with the 2019 Lincoln Marathon/Half Marathon on May 5, 2019. The event was sponsored by American Ethanol, which used the event as a platform to engage with runners and spectators about the clean-air benefits of using ethanol. During the event, the Biofuels Mobile Education Center trailer was on hand and served as an educational lab to explain the positives of the U.S. ethanol industry. RoboTron E15, a 9-foot-tall interactive robot, was also on hand to visit with runners and spectators throughout the weekend.

On Friday, May 17, 2019, Nebraska Gov. Pete Ricketts will make an official proclamation declaring the month as Renewable Fuels Month at Casey’s General Store in Bennington (7141 N. 156th Street, Omaha, Nebraska). The announcement will begin at 9:30 a.m. and will be followed by a fuel pump promotion where higher blends of ethanol will be heavily discounted from 10:00 a.m. through 1:00 p.m.

“We know we have to share our story with the consumer,” said Jan tenBensel, chairman of the Nebraska Ethanol Board and farmer from Cambridge. “There truly are many myths going around about the ethanol industry, and we want to be able to set the record straight. Renewable Fuels Month gives us this opportunity.”