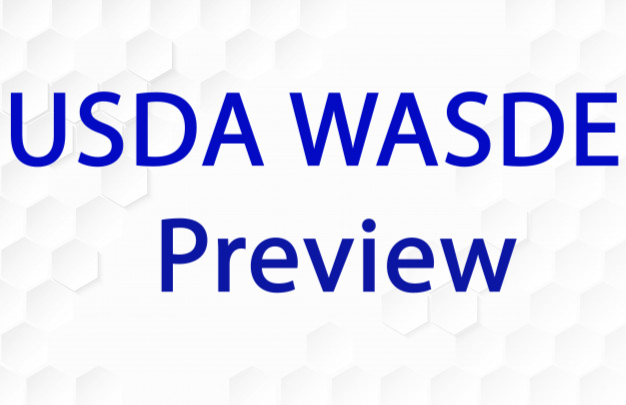 The big thing to keep in mind from the August to Septebmer WASDE is that all agencies have had time to process some of the damage from the Derecho wind event that happened just days before the August WASDE. That report dropped on Aug. 12, and in the report USDA estimated a corn crop of 15.278 billion bushels (bb) and U.S. ending corn stocks of 2.756 bb. Both those numbers are expected to drop tomorrow given extensive damage in Iowa. Even with the average yield dropping back to 177 bpa and ending stocks being shaved nearly 400 mb there is still a lot of corn that will be coming out of the fields in the US. That’s likely not to help corn break above it’s current $3 trading channel.

The other change since the August report is the increase in new-crop corn sales — a bullish surprise from China. As of Sept. 9, the U.S. has 685 million bushels (mb) of new-crop corn sales on the books, the most for this time of year in at least eight years. USDA may not increase its 2.225 bb corn export estimate for 2020-21 on Friday but at least it will look more credible.

Dow Jones’ survey expects USDA to reduce its estimate of world ending corn stocks from 317.5 million metric tons (mmt) in August to 310.4 mmt (12.22 bb) Friday, largely due to the changes anticipated in the U.S. No major changes are expected for South American estimates.

As with corn, soybean supply estimates are also expected to be reduced after a month of dry weather and active export sales. Dow Jones’ survey is looking for USDA’s soybean crop estimate to come down from 4.425 bb in August to 4.286 bb Friday, based on a lower yield of 51.6 bpa.

USDA’s estimate of U.S. ending soybean stocks is also expected to be adjusted lower, from 610 mb in August to 461 mb (or roughly 11% of annual use).

New-crop soybean sales have been hot leading up to this report. So far the total is running near 960 mb as of Sept. 9, which is 45% of USDA’s export estimate for the entire 2020-21 season. With FOB soybean prices in Brazil now 53 cents above those at the U.S. Gulf, more U.S. soybean sales are likely, but it is difficult to know how far China will go with its purchases.

For now, China’s purchases have fueled noncommercial buying and pushed November soybean prices near their highest level in two years, creating a potentially volatile scenario for how the market may respond to Friday’s new estimates, should any surprise emerge.

From a world perspective, Dow Jones’ survey is looking for a small decline in USDA’s world soybean stocks estimate, from 95.4 mmt to 93.2 mmt (3.42 bb). So far, the forecast for Brazil remains dry and planting has not yet started. USDA’s South American soybean estimates probably won’t show much change Friday and are already anticipating increased soybean plantings in Brazil.

Unlike corn and soybeans, not much has changed for the wheat market since last month, other than wheat prices are higher, thanks largely to bullish changes in corn, as described above. Those changes also triggered short-covering among bearish funds that were surprised by corn’s bullish influence.

The usual major wheat crop estimates will be watched with another increase possible for Russia.

For the U.S., Dow Jones’ analysts expect only a slight change in USDA’s estimate, from 925 mb of U.S. ending wheat stocks in August to 926 mb Friday. With wheat already trading at fundamentally cheap prices, a sideways trading range seems likely this fall. 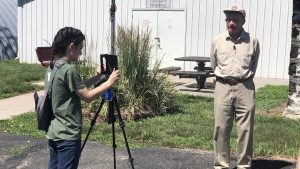 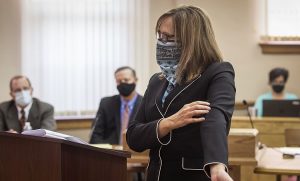