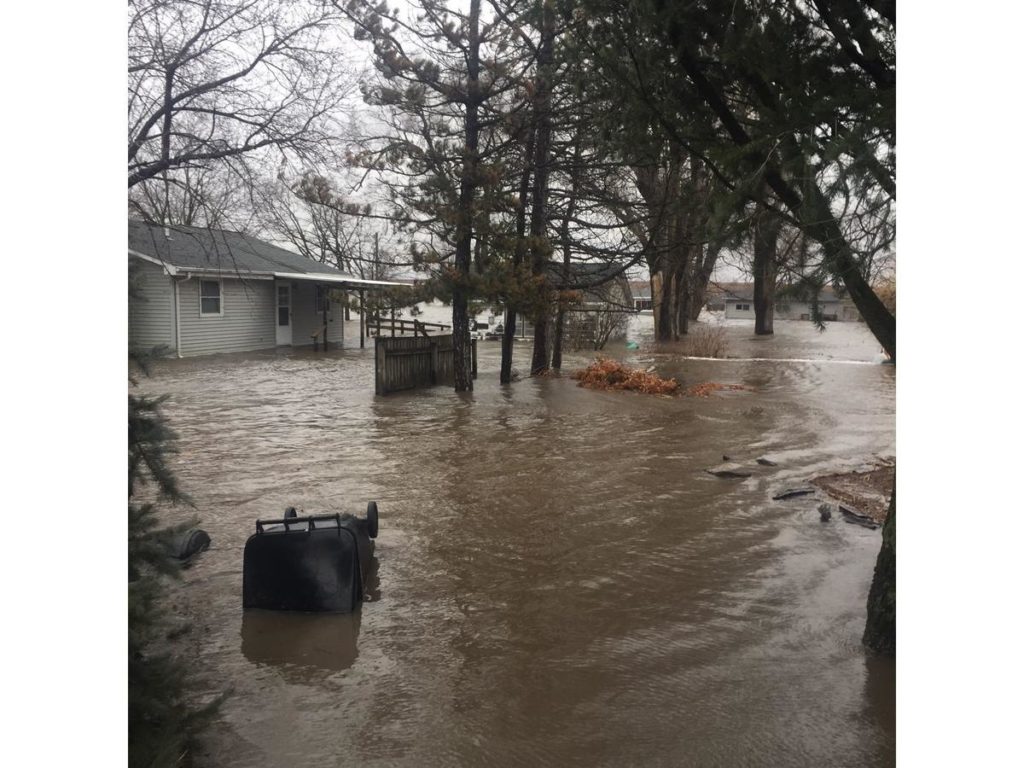 Today, President Donald J. Trump declared that a major disaster exists in the State of Nebraska and ordered Federal aid to supplement State, tribal, and local recovery efforts in the areas affected by a severe winter storm, straight-line winds, and flooding beginning on March 9, 2019, and continuing.

Assistance can include grants for temporary housing and home repairs, low-cost loans to cover uninsured property losses, and other programs to help individuals and business owners recover from the effects of the disaster.

Residents and business owners who sustained losses in the designated counties can begin applying for assistance today by registering online at http://www.DisasterAssistance.govor by calling 1-800-621-FEMA(3362) or 1-800-462-7585 (TTY) for the hearing and speech impaired. The toll-free telephone numbers will operate from 7 a.m. to 10 p.m. (local time) seven days a week until further notice.

Video: ‘BOMB CYCLONE’; Damage and Looses from in Nebraska More than $1 Billion

“Thank you to President Trump for his quick approval of Nebraska’s request,” said Governor Ricketts.  “Nebraskans have already been stepping up to begin the journey to recovering from the most widespread natural disaster in our state’s history.  As we rebuild together, federal assistance is a key part of ensuring that we keep Nebraska strong and growing.”

President Trump’s disaster declaration can be found by clicking here.

On Tuesday, Governor Ricketts signed and submitted Nebraska’s expedited request to the federal government for disaster assistance.  A copy of the request can be found by clicking here.

“I’m grateful for the President’s expedited decision. We’ve got a long recovery ahead, but Nebraskans are going to get the job done. Our people don’t quit, I’ve met multiple parents who have lost their homes, but as soon as they get to shelters their families start to organize volunteers. That’s who we are. Nebraskans have grit, and we’re grateful for the support of our federal partners as we work to rebuild our communities.”

Congressman Adrian Smith (R-NE) released the below statement following President Trump’s announcement of a Major Disaster Declaration for the State of Nebraska.

“I appreciate President Trump acting quickly and decisively to recognize the suffering of so many Nebraskans by issuing a Major Disaster Declaration,” said Smith. “Extreme weather and flooding have destroyed many communities, farms, and ranches throughout the state and additional resources will go a long way toward mitigating the ongoing crisis and beginning the recovery process.”