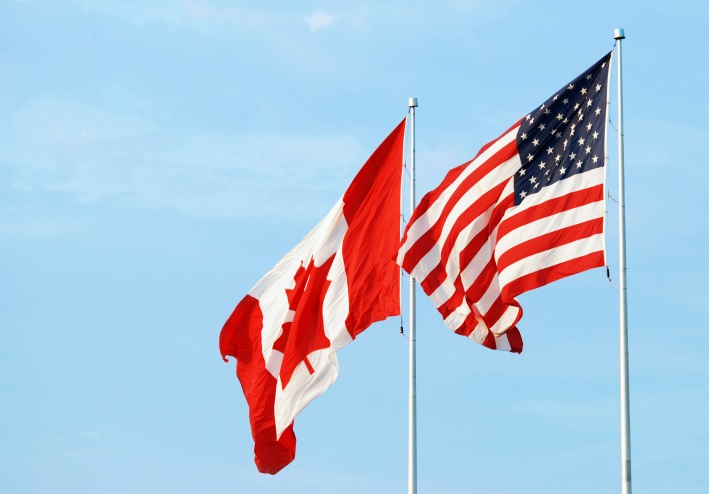 WASHINGTON (DTN) — Canada could announce a new list of retaliatory tariffs on more U.S. goods, including agricultural products, as early as next week. The tariffs would maintain parity with the U.S. over steel and aluminum tariffs the Trump administration imposed against Canada.

David MacNaughton, Canada’s ambassador to the U.S., highlighted the tariffs Monday as he spoke to members of the North American Agricultural Journalists at the group’s annual meeting in Washington. MacNaughton said Canadian officials are reconfiguring retaliatory tariffs to keep roughly $15 billion in products from the U.S. under either a 25% or 10% tariff.

As a result of some exclusions and modifications, MacNaughton said, Canadian officials “will be refreshing that retaliation list,” likely within the next week, to maintain dollar-for-dollar retaliation.

The retaliation will include “a significant number of agricultural products.” Possible new targets for tariffs could be apples, pork, ethanol and wine, he said. Once a list goes out, there will be up to 45 days of consultations to see which products would have the biggest impact on the U.S. and least impact on Canadians.

“There are a variety of agricultural products we would look at and see to what degree they would impact Canadian producers and consumers,” MacNaughton said. “But I would think it would be a fairly long list.” He added, “I can’t imagine we wouldn’t at least put those kinds of products on consultation.”

The Canadian tariffs are in response to “Section 232” tariffs placed on steel and aluminum imports by the U.S. last year. The Trump administration maintains the tariffs on imported steel and aluminum are needed for national security reasons, but the tariffs also helped force Canada and Mexico to renegotiate the North American Free Trade Agreement, which has become the U.S.-Mexico-Canada Agreement (USMCA). The USMCA still needs ratification by all three countries to go into effect.

“On balance, I think the USMCA is a good deal,” MacNaughton said, adding Canadians want to remain a strong partner with the U.S.

MacNaughton added that President Donald Trump has a new trade deal “which he indicates is the best trade agreement ever negotiated,” so the need for 232 tariffs should presumably be gone. “That is an important condition for us moving ahead.”

Some Trump administration officials have talked about setting steel and aluminum quotas for Canada and Mexico, which MacNaughton said would translate into distorting trade. Under exclusions the U.S. has given already, China has more than 20 times the exclusions Canada was granted by the U.S.

“When the stated purpose of these tariffs was to curb overproduction by countries like China, I find it difficult to understand why it is being imposed on Canada,” MacNaughton said.

For 15 straight years, the U.S. had a surplus with Canada on imports-exports of steel products. MacNaughton noted, with a little irony, that the U.S. trade surplus ended last year when U.S. exports to Canada fell by $800 million. “So my question is, how’s that program working for you so far?”

In terms of aluminum, MacNaughton said, at peak capacity, the U.S. aluminum industry can only produce about 25% of its aluminum needs. The question then becomes where does the U.S. want to get its aluminum?

“If you put quotas on Canada, it necessitates that imports will come from other places like Russia, China, Kazakhstan, and how does that enhance U.S. national security?” the ambassador said. “So we think steel and aluminum quotas make no sense.”

Canada is facing some time constraints on the USMCA, MacNaughton noted. The Canadian Parliament adjourns June 15 to campaign and will not reconvene until after elections in October. MacNaughton said it’s not a good idea to go into the election with the USMCA hanging out there unratified because it would stir the political pot.

“If this is unresolved, if the 232 tariffs are still in place, then the discussion about our relationship with the United States of America will be a central part of the campaign, and it won’t be a really positive discussion, I think,” he said.

The ambassador added that it’s important for the U.S. and Canada to maintain their geopolitical alliance because Russia is considering establishing military bases in the Arctic. China also continues to bring political pressure against Canada over the arrest of a Huawei executive by Canadian officials at the request of the U.S. China has arrested at least two Canadians as spies and also cut off imports of Canadian canola and petroleum. MacNaughton said it’s important during the U.S.-China talks for U.S. officials to help Canada address these issues, especially the arrests of Canadian citizens.

“We face more challenges internationally today than I’ve ever seen in my life,” MacNaughton said. “It’s a time when the word ‘ally’ actually has substantial meaning.”

“It is that kind of thing that is causing a real sort of irritation and befuddlement as to why?” MacNaughton said. “If our two countries can’t get along, what does that say to the rest of the world?”

Approval of the USMCA in the U.S. Congress hinges partially on Mexico passing new labor laws that coincide with the trade deal. House Speaker Nancy Pelosi, D-Calif., raised that point last week. MacNaughton said it was part of the agreement that Mexico would update its labor laws.

“That was part of the negotiations, and I think an important part of it,” he said.

Outside the tariff argument, critics of the USMCA deal don’t think Canada opens up its dairy or poultry markets enough under the new deal. Without an agreement, Canada would keep the Class 6 and Class 7 pricing schemes for milk and maintain the current wheat-grading program that discounts U.S. wheat. Mexico would also maintain substantial wage advantages in automobile manufacturing compared to Canada and the U.S., MacNaughton said.

“I don’t think there is any question whatsoever that it (USMCA) is an improvement over the status quo,” he said.