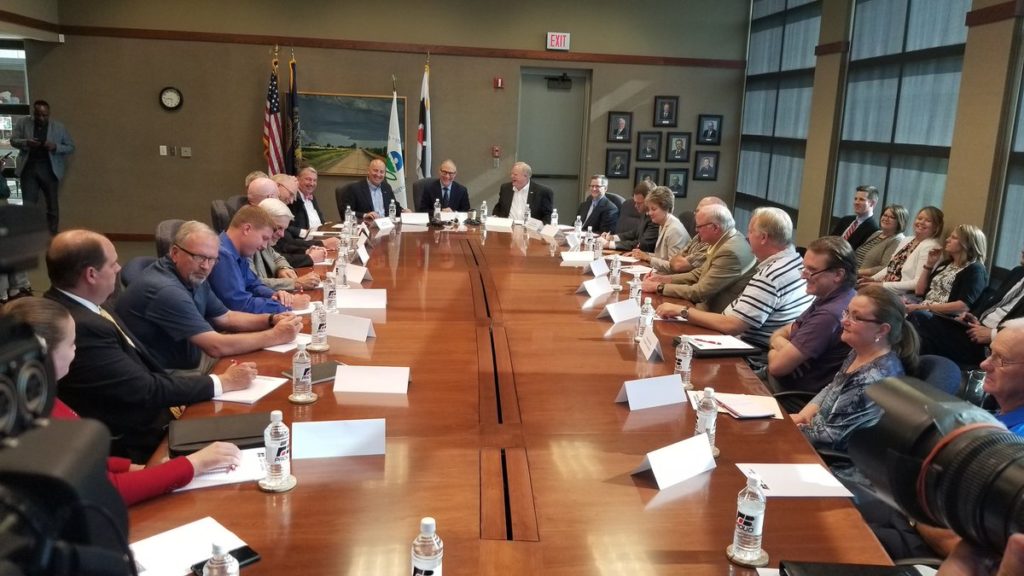 I think my members would be pleased, I'm pleased that we are dealing with that

The head of the Environmental Protection Agency was in friendly company as he announced the agency would be taking the second step to redefine “Waters of the United States” (WOTUS).

EPA Chief Scott Pruitt was joined by Governor Pete Ricketts and  members of the Common Sense Nebraska coalition, a group  dedicated to building awareness and understanding of the WOTUS rule.

The EPA and Department of the Army will send the Office of Management and Budget a proposed “step 2” rule that will change the definition of “Waters of the United States”.  Following the internal review, the proposal will be made available for public comment.

“It’s going to provide the clarity to farmers and ranchers and folks all over the country with respect to how federal jurisdiction….where it begins and where it ends,” Pruitt said.  “Because what we have seen since 2015 is a great deal of uncertainty.”

Although Pruitt didn’t speak to the specifics of the proposed language, both Ricketts and the Nebraska Farm Bureau praised the announcement.

“Nobody cares more about our water and our air and our land than us in Nebraska,” Ricketts said.  “I think that what we are seeing from the Administrator is that the EPA is now going to respect that.”

Following the meeting, Steve Nelson, President of the Nebraska Farm Bureau was asked if his members would of been happy with what the Administrator said.

“I think my members would be pleased, I’m pleased that we are dealing with that,” Nelson said “We do have some certainty, I think, with the fact that the administration is dealing with it.”