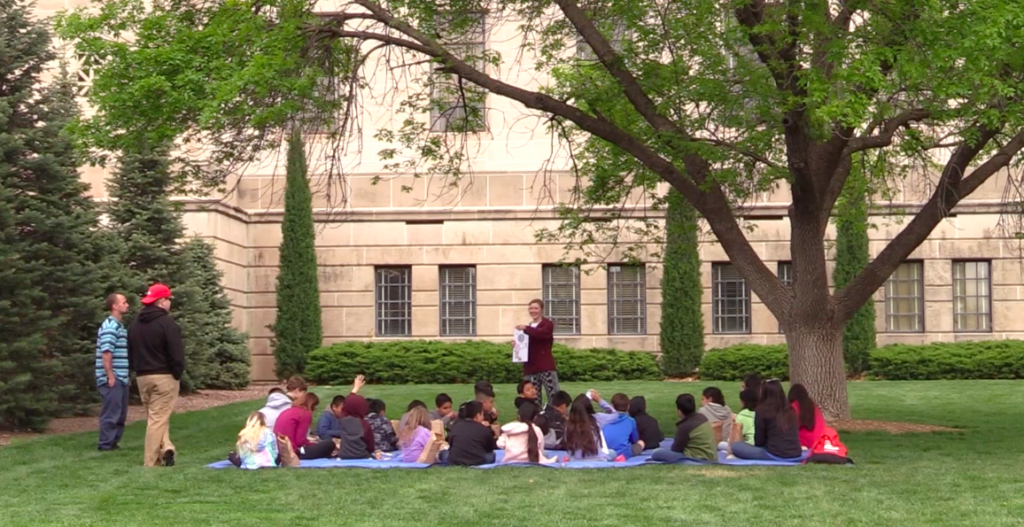 Since 2010, The Nebraska Ag Sack Lunch Program has provided more than 45,000 sack lunches to fourth-grade students across the state while educating them about Nebraska’s agriculture industry.

Listen to the full audio here.

The Ag Ambassadors inform students that one in four jobs in Nebraska has some connection to agriculture beyond farming itself, such as equipment manufacturing and sales, building construction, transportation and supermarket retailers. They also explain the state ranks first in the country for cattle on feed, sixth in pork production, and that over one-third of Nebraska-produced grain is fed to livestock within the state.

Thirteen UNL students served as Ag Ambassadors throughout the 2018-2019 school year. Most of them are pursuing ag-related degrees.

The Ag Sack Lunch program is supported by the Nebraska Beef Council, Nebraska Corn Board, Nebraska Soybean Board, and the Nebraska Pork Producers Association.