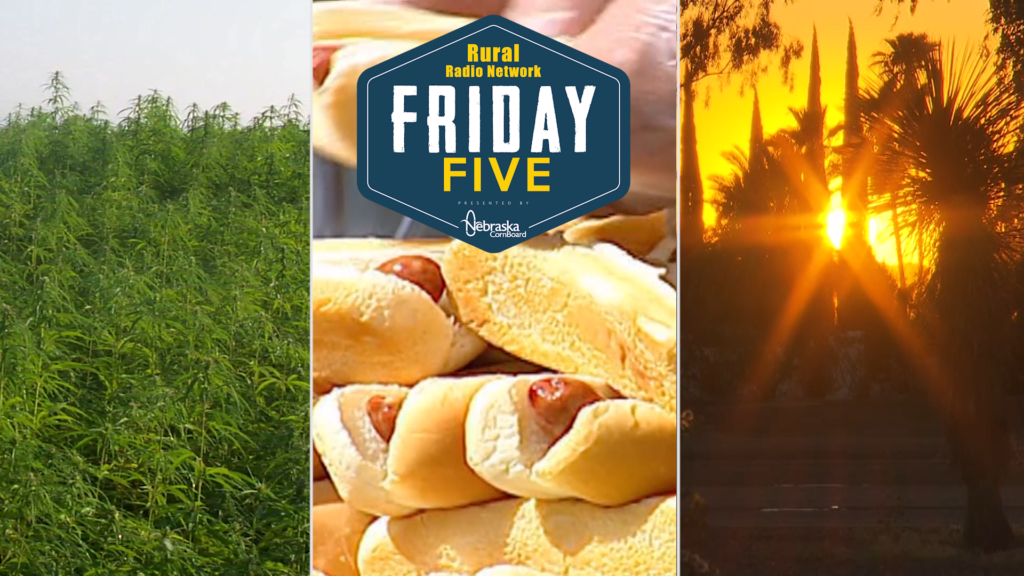 Hemp, hot dogs and hot temperatures made the headlines this week.

Did you know that hot dogs served on the moon were specially produced for a reduced gravity environment?  Today there are earth-bound hot dogs for everyone earthly creature!

Bryce and Alex also have details on the 176 hemp license applications that were received by the Nebraska Department of Agriculture. Only 10 licenses were granted across the state.