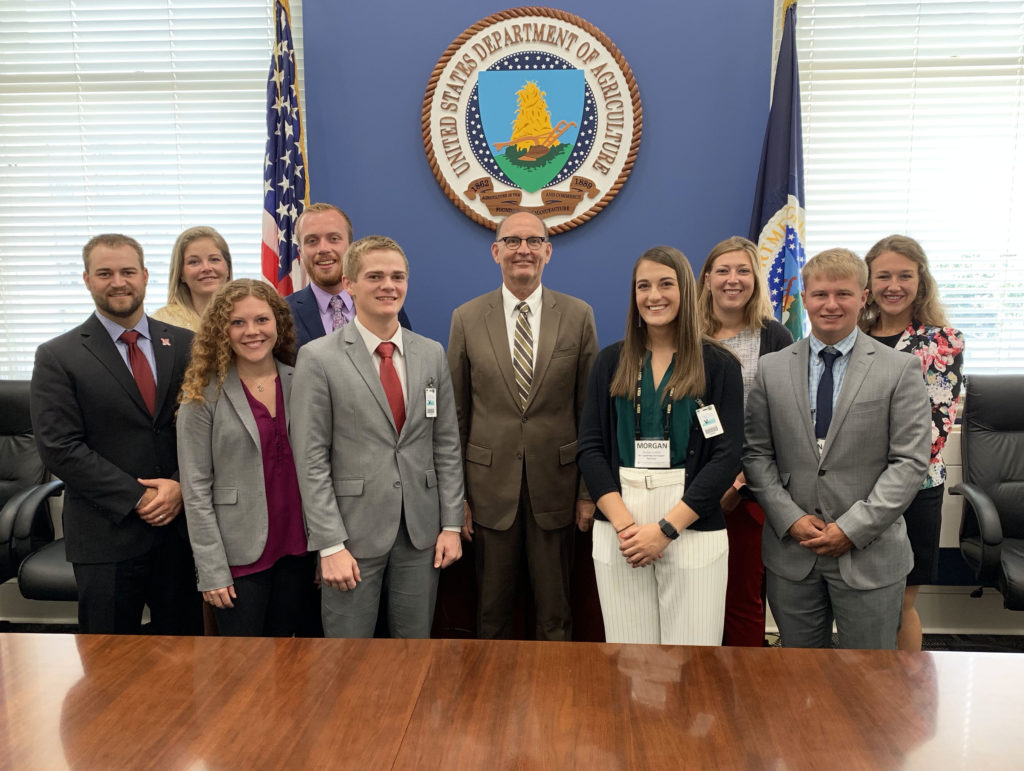 Nine young leaders visited Washington, D.C. July 14-18, 2019, to learn about corn policy development, explore American agriculture outside of the Midwest, and visit with congressional leaders and agribusinesses. The trip was sponsored by the Nebraska Corn Board and was designed to encourage young leaders to take an active role in the agricultural industry.

“Being from Bellevue, I’ve always been interested in agriculture, but didn’t have a lot of experience with row crops and agricultural policy,” said Catherine Jones, D.C. leadership attendee and recent graduate of the University of Nebraska-Lincoln. “I appreciate the Nebraska Corn Board’s investment in young people who are passionate about the agricultural industry. I know I will take much of what I learned this week with me as I pursue a master’s degree and future career in an ag-related field.”

The nine-member leadership team consisted of:

Half of the group arrived to D.C. early so they could take part in Trade School offered by the U.S. Grains Council. This hands-on workshop helped the leadership group better understand the importance of global ag trade and provided participants with updates on current and potential trade agreements. On Tuesday, July 16, the group visited a variety of farms specializing in seafood, grain, fruit and vegetable production. The leadership team then spent time in Washington, D.C. and visited with USDA Undersecretary Greg Ibach. As the week progressed, the group participated in Corn Congress, a multi-day policy development event organized by the National Corn Growers Association. During Corn Congress, participants had time to meet with Nebraska’s congressional leaders and national agribusinesses, such as the Nature Conservancy, the Biotechnology Innovation Organization, the Waterways Council, Inc. and the Environmental Defense Fund.

“As a young farmer, this opportunity has greatly helped me understand the intricacies of ag policy,” said Michael Dibbern, D.C. leadership attendee and farmer from Cairo. “This experience has reaffirmed my belief that we in agriculture need to be at the table as policy is being shaped. It’s really easy to fall into the day-to-day routine of the farm, but we need to make our voices heard at the national level.”