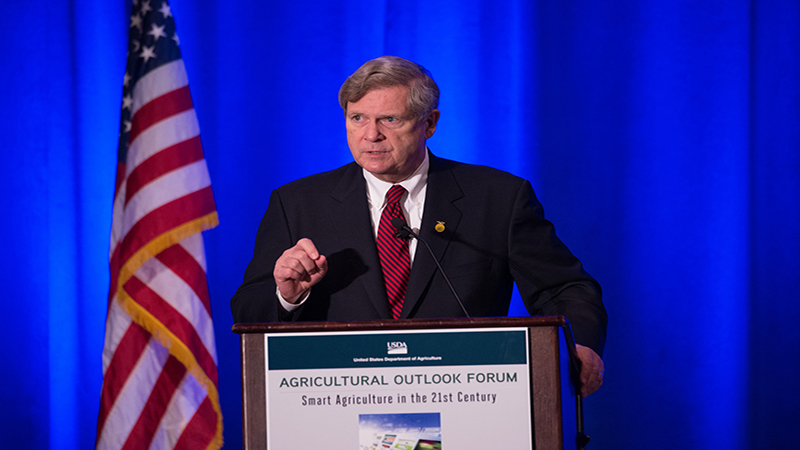 “NAFTA has paid tremendous dividends to America’s dairy industry by creating our top export market, Mexico, which consumed $1.4 billion in U.S. dairy exports last year. USMCA makes key improvements, such as new Canadian dairy market access and other upgrades, that will modernize NAFTA, boost returns to farmers and food manufacturers across the country and support the hundreds of thousands of American jobs that are reliant on North American food and agricultural trade,” he testified. “Looking ahead, USMCA also has the potential to serve as a catalyst that springboards our nation onto a productive trade agenda that delivers results for American agriculture and the American people.”

In addition to locking in a zero-tariff relationship with Mexico and increasing market access to Canada, USMCA also reforms Canadian pricing practices and addresses other nontariff barriers, like geographic indication requirements, that threaten U.S. sales. All told, USMCA will provide a $314 million-a-year boost to the dairy industry, according to the U.S. International Trade Commission.

“Speaker Pelosi and Ambassador Lighthizer are working closely together to address any outstanding concerns surrounding the implementation of USMCA,” he added. “I encourage the Senate to play a constructive role in these talks in order to produce a final agreement that can be quickly passed and signed.”

A group of 14 Democrats sent a letter to Speaker Pelosi urging her to bring a vote by the end of the year on USMCA. Treasury Secretary Steven Mnuchin has reportedly told colleagues that Speaker Pelosi has committed to a vote on the revised NAFTA trade deal by October, according to Axios and as reported by Jim Wiesemeyer, Pro Farmer’s Washington analyst. Speaker Pelosi denies that commitment. The Trump administration, Axios reported, asked Pelosi to allow a vote on the USMCA as a side agreement to the budget deal, but she refused to put anything in writing.

In June, USDEC and 34 of its members signed a letter alongside nearly 1,000 farm organizations and rural businesses asking Congress to approve USMCA. One of those organizations, the National Milk Producers Federation (NMPF), echoed support for Vilsack’s comments and urgency to bring USMCA to a vote.

“As Secretary Vilsack testified, USMCA delivers key wins for America’s dairy farmers and the exports that drive stronger sales. With USMCA, dairy farmers will see more export opportunities and greater trade certainty. Without USMCA, we lose out on $314 million in additional dairy exports. We also lose the benefit of the new rules this deal puts in place, such as key reforms to Canada’s dairy system and stronger safeguards for our cheese exports to Mexico,” said Jim Mulhern, NMPF President and CEO in a statement.

“We commend the Senate for spotlighting USMCA’s importance and strongly support the testimony offered by USDEC on how the agreement benefits dairy. To usher in USMCA’s improvements for dairy farmers and build momentum for additional trade agreements with key markets like Japan, we urge swift action to resolve any outstanding issues and secure approval of USMCA.”