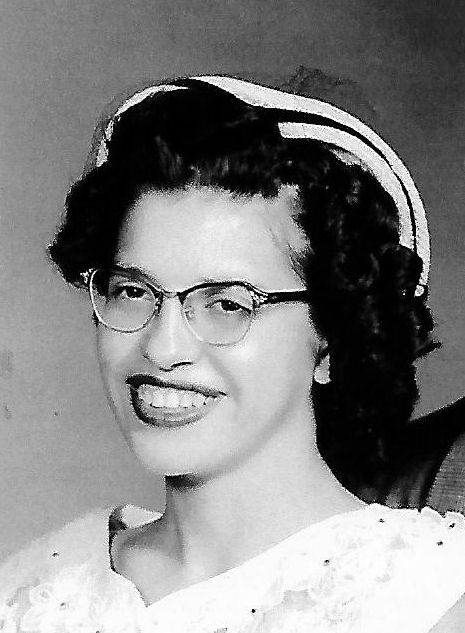 Roberta N. “Bert” Bice, 83, of Lexington, Nebraska passed away on Tuesday, August 20, 2019 at her home following a lengthy illness.

She was born April 12, 1936 in Broken Bow, Nebraska to Robert M. and Gladyce (Wolverton) Seevers. Bert grew up in the Broken Bow area with her three sisters and attended grade school in Oconto, Nebraska. Her family moved to Lexington when she was in the Junior High and received her education in Lexington. In 1950, she contracted Polio and had all three types which affected her body. At the age of 14, she was quarantined for a year. She was a fighter and a survivor and would prove the doctors wrong about what she could and couldn’t do.

She was united in marriage to Roger L. Bice on June 27, 1953 in Cozad, Nebraska. Four children were blessed to this union: Rick, Rhonda, Rita and Randy. They were married for fifty years and lived just north of Lexington. Roger preceded her in death on January 12, 2004. She was a homemaker and raised her four children. You could always find Bert at the corner of the Sale Barn selling eggs and baked goods, especially her homemade cinnamon rolls. She also sold these goods for many years at the Farmer’s Market. Bert was known as the “Egg Lady”.

Bert was like another Will Rogers, she never met a stranger. She enjoyed knitting, planting flowers, working with children and most importantly, spending time with her family.

Bert was preceded in death by her parents, husband, Roger in 2004; two sisters, Wynonna Robb and Bonnie Cochrane; also numerous brothers and sisters-In-Laws.

Funeral Services will be on Friday, August 23, 2019 at 2:00 p.m. at Reynolds-Love Funeral Home in Lexington with Pastor Eddie Mariel, officiating.

Visitation will be held on Thursday, August 22, 2019 from 5-7 p.m. at Reynolds-Love Funeral Home in Lexington.

Burial will be in Greenwood Cemetery at Lexington.

Memorials are suggested to the family for later designation.

Reynolds-Love Funeral Home in Lexington is honored to be assisting the family with arrangements.

Please share online condolences with the family by visiting: reynoldslovefuneralhome.com