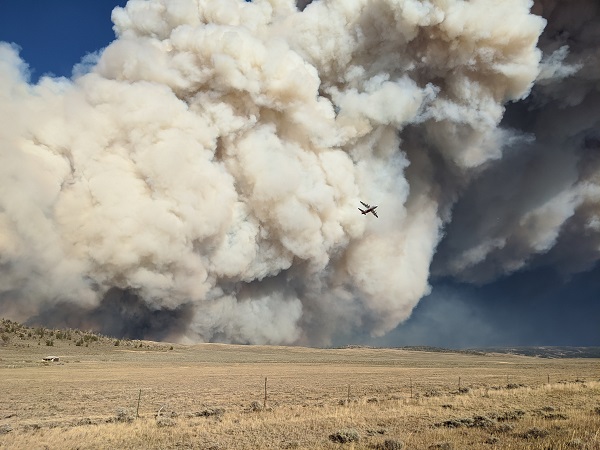 The Mullen Fire in southeastern Wyoming’s Medicine Bow National Forest continues to grow, now at 161,069 acres as of Tuesday morning

1,130 firefighters are now on scene to secure firing operations meant to deprive the blaze of more fuel and limit the spread.

Fire information officer John Peterson says aircraft continue to provide support to the firefighters operating round the clock to battle the blaze the past several days. “We have day shifts, night shifts and a swing-shift, so we have firefighters out there 24-hours a day right now,” said Peterson. “We have the aircraft we’ve had the last couple days, seven Type 1 helicopters and a whole fleet of (fixed-wing) aircraft that are assisting firefighters in their efforts out there. 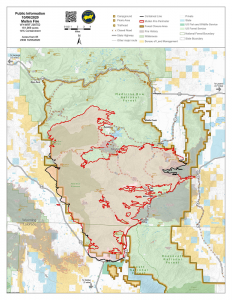 Peterson says with winds out of the west, flames are approaching the communities of Fox Park, Miller Lake and Mountain Home on the southeast side of the blaze, and structural protection crews are actively fighting fires threatening homes in the area.

Containment of the wildfire remains at 14%.