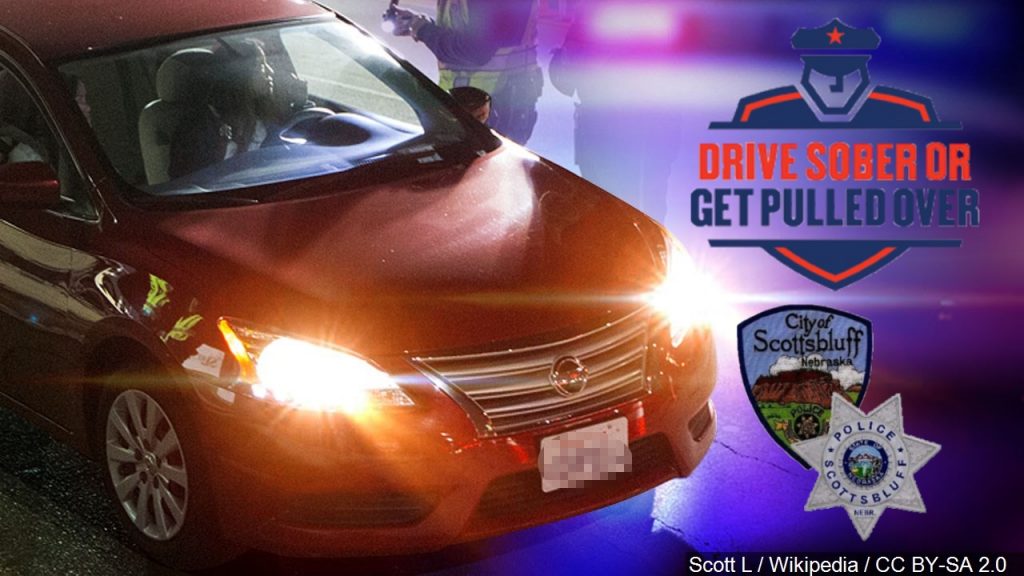 During the “Drive Sober or Get Pulled Over” campaign August 21st through September 7th, the Scottsbluff Police Department removed 12 impaired drivers from the road.

This was part of a national campaign involving law enforcement agencies throughout the country. SPD’s portion of the effort was made possible thanks in part to the grant for $8,000 from the Nebraska Department of Transportation – Highway Safety Office.

In addition to the 12 arrests for driving under the influence, officers also issued 19 citations for speeding, 4 reckless driving, 2 evaluations conducted by a Drug Recognition Expert, 2 felony arrests, 9 fugitives apprehended, 3 minors in possession, 5 open container violations, 3 for no seat belt, 2 improper child restraints, 12 for driving under suspension. Officers also had 16 with no valid registrations, 9 with no operator’s license, 2 stop sign violations, 2 traffic light violations, 2 failures to yield, 2 refusals of chemical tests and 28 other violations.