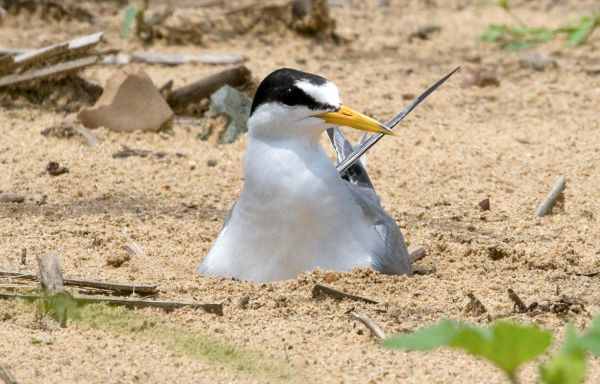 Washington, DC — The US Fish and Wildlife Service has proposed to delist the Interior Least Tern as a result of its increased population. In response to this conservation victory, the National Audubon Society has issued the following statement:

“The Endangered Species Act works, and now the Interior Least Tern could join the Bald Eagle, Brown Pelican and Peregrine Falcon as birds to have recovered thanks to that law’s protections,” said Kristal Stoner, executive director of Audubon Nebraska.

Working to successfully restore one species means “recognizing how the environment has changed and working to improve habitat.” This habitat work through the ESA to elevate the Interior Least Tern “resulted in benefits to thousands of other birds, animals and plants along the Platte River and Missouri River.”

“While the Interior Least Tern’s recovery is a cause for celebration, we must remain vigilant that the gains it has made in population, range, and habitat continue. Audubon is committed to working with all partners as well as state and federal agencies to continue protecting this bird and the places it needs, today and tomorrow.”