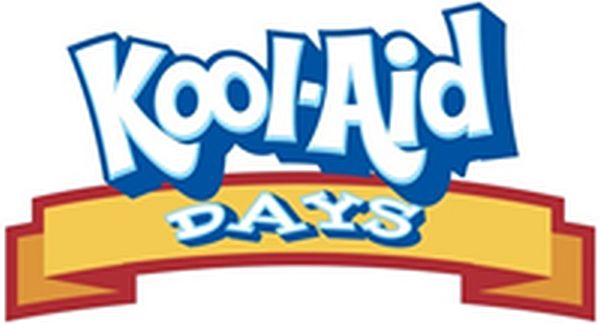 Hastings, Neb. – During the 22nd Annual Kool-Aid Days over 1,600 gallons of Kool-Aid were served, while creating even more smiles for festival goers. Kool-Aid Days was held Aug. 9-11 at various locations around Hastings, Nebraska, the birthplace of Nebraska’s Official Soft Drink.

·         The World’s Largest Kool-Aid Stand served 20 flavors of Kool-Aid on Saturday and 1,645 gallons of Kool-Aid were served throughout the weekend.

·         The top five flavors over the weekend were Grape, Jamaica, Tropical Punch, Sharkleberry Fin, and Cherry.

·         The Kool-Aid Classic Bike Ride had 268 registrations, the 2nd largest number of riders during the past 19 years. 82% of riders were from out-of-town with 15 riders from eight states outside of Nebraska.

·         Over 50 parade entries made their way down 2nd Street to kick-off the festivities on Saturday.

·         The Hastings Museum had 1,678 attendees over the weekend. Attendees could try several flavors of Kool-Aid or partake in one of their many activities. The Museum had approximately 1,000 participants in their limbo and ring toss activities and dropped 127 eggs during the “Egg Drop” on Sunday.

·         Approximately 80 cars participated in the 25th Annual Fun in the Sun Car Show at Pastime Lanes.

·         14 Kardboard Boats set sail to finish out the festival on Sunday afternoon.

Winners of the various activities and events can be found on the Kool-Aid Days website page “Kool Finishes & Sweet Results”, http://kool-aiddays.com/results/. “It was a great weekend with great support from the community,” said Jessica Rohan, Kool-Aid Days board president. “The number of individuals who participated in the numerous events and attended activities throughout Hastings over the weekend is amazing.”