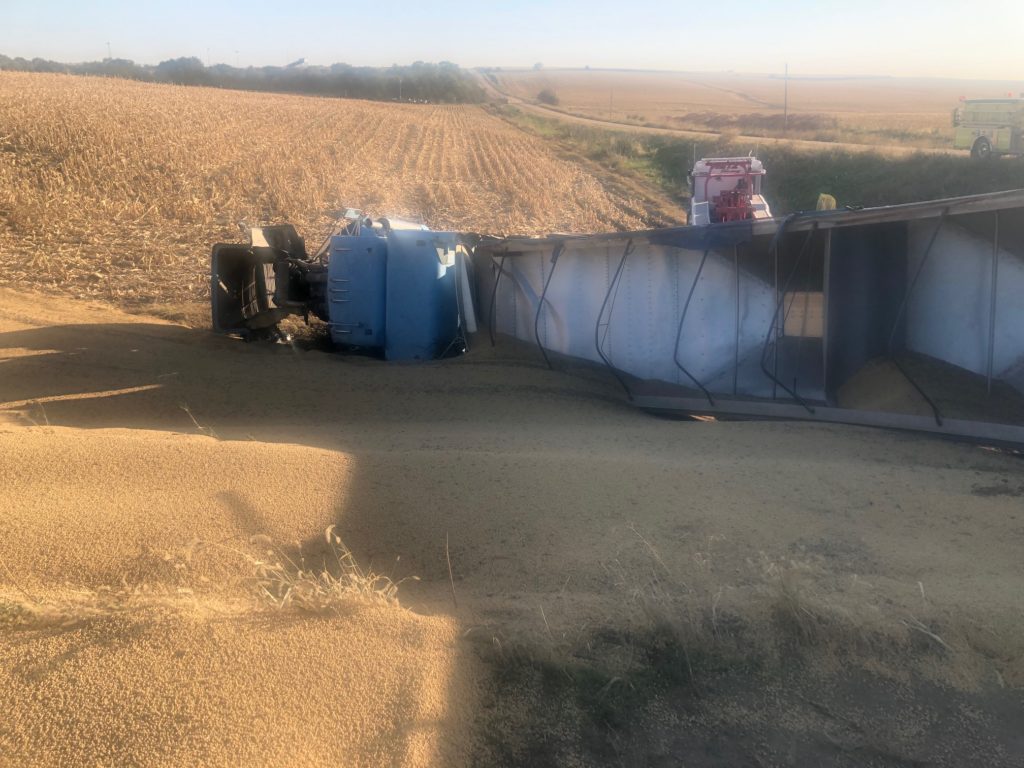 YORK COUNTY- At approximately  4:53 P.M. Monday afternoon the York County Sheriff’s department was dispatched to the intersection of Road 5 and Road L  just north of McCool Junction to an accident between a vehicle and a semi. The semi was hauling grain and it was spilled over the roadway and into the ditch.

Findings indicate that a 1988 Freightliner with a grain trailer driven by Carlos Espinoza was traveling eastbound on Road 5. A 1996 Ford Bronco driven by Russell Ackerman was traveling southbound on L Road.

The driver of the Ford Bronco was transported to York General Hospital with non-life threatening injuries.