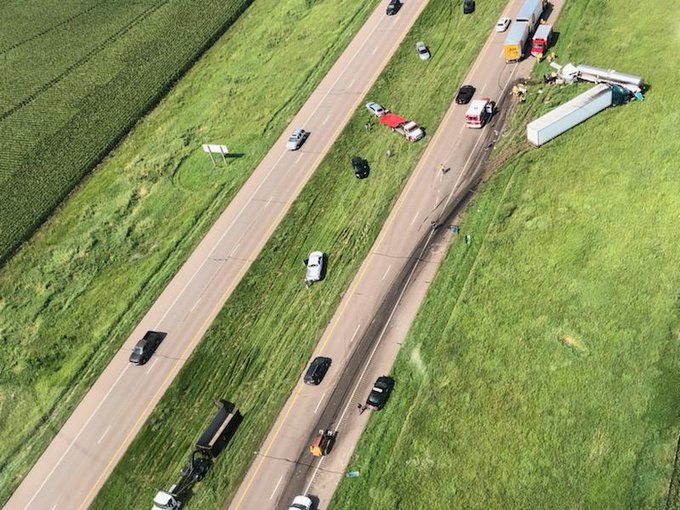 York, Neb. — Interstate 80 westbound at mile marker 348 near York was reopened Wednesday afternoon according to Nebraska 511.

The Nebraska State Patrol, York County Sheriff’s deputies and emergency personnel were at the scene  Wednesday morning and early afternoon to attend to a couple of accident.

The first crash involved a livestock trailer and was handled by the York County Sheriff’s Office.  Some cattle were loose on the interstate for a time.  There were no reports of human injuries.

There was a secondary crash a couple miles away which the Nebraska State Patrol handled. That crash involved a couple semis and a passenger car. There were no reports of any life-threatening injuries in the secondary accident.