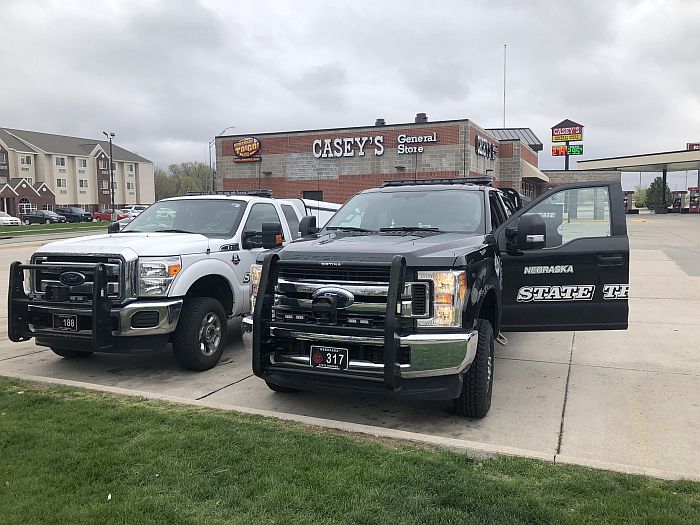 Earlier this afternoon, the Kearney Police Department had set-up a perimeter near a Casey’s General Store in the southeast part of Kearney along Talmadge Road. Area businesses had been evacuated as well due to a suspicious package that was discovered near a trash can. The Nebraska State Patrol’s Bomb Squad has arrived on the scene. The Kearney Volunteer Fire Department is also on the scene.