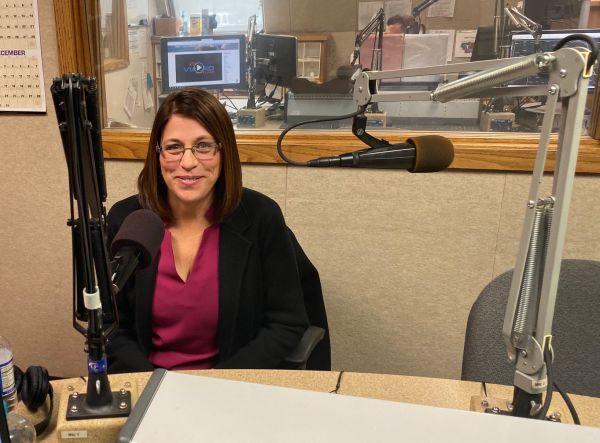 Lexington, Neb. — The Nebraska Legislature’s Revenue Committee is continuing to work on a proposal to reduce property taxes, particularly the state’s heavy reliance on property taxes to fund K-12 education. Renee Fry, executive director of the Open Sky Policy Institute says the proposal could involve use of a projected surplus of tax revenue…

“(The) Revenue Committee right now is talking about using a projected surplus to pay for new education funding, which likely, may or may not materialize, so that’s a challenge and that brings concerns from those on the Appropriations Committee in particular and those who want to make sure we’re socking away money away in the cash reserve if in fact that surplus does materialize.”

Fry says the proposal being put forward would put further restrictions on school spending and school officials feel they’re already strapped in efforts to provide a quality education to their students.

The Nebraska Economic Forecasting Advisory Board voted to raise revenue projections for the current fiscal year during an Oct. 24 meeting at the Capitol. The board projected the state will get an extra $266 million in tax revenue for the state budget between now and June 2021. Should the extra revenue be used for property tax relief, or should it go into the state’s cash reserve? Fry offered her thoughts…

Fry points out a recession isn’t built into the revenue forecast and many economists are calling for one by 2020. Fry also says State Revenue Department officials believe much of the surplus was one time revenue due to “corporate repatriation dollars because of the federal tax cut and jobs act.” The next Economic Forecasting Advisory Board meeting is scheduled for Feb. 28, 2020.

The business incentives bill, LB 720 and a property tax relief measure, LB 289, are still available for the upcoming short Legislative session which gets underway Jan. 8

LB 720 calls for the ImagiNE Act as a replacesment for the state’s current tax incentive program, the 14 year old Advantage Act.

LB 289 called for a $500 million tax shift. It would have raised new revenue by taxing things like pop, home repairs and haircuts. That revenue would have replaced property taxes as a major source of funding for K-12 schools. Much of the new school aid would have been directed to rural schools that, because of the sharp rise in property valuations on farms and ranches, get little state aid now.

A proposed property tax relief initiative is making the rounds with supporters hoping to gather 120,000 total signatures by July of 2020. That would put it on the ballot in 2020.  Fry says  the potential financial impact of the ballot initiative is concerning…

To put it another way — Fry says you could eliminate all state aid to K-12 education and still not make up the entire $1.5 billion that would be taken. If passed, it would leave it up the legislature to figure out what to tax instead and where to make cuts. She says the Legislature would be forced to raise taxes or eliminate tax exemptions.