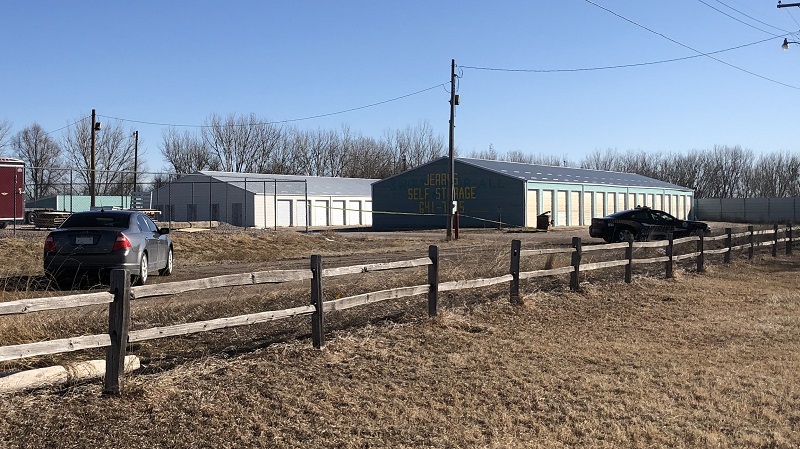 Authorities have confirmed that the bodies of two people were discovered Friday morning at a self-storage unit just west of Scottsbluff.

Speaking to reporters about a hour and a half after the initial call alerting authorities, Scotts Bluff County Sheriff Mark Overman said the bodies of an 18 to 19 year old female, and a male that was about 10 years older, were found inside a pickup in one of the units at Jerry’s Self-Storage.

Overman says the discovery was made shortly before 8:30 a.m. by the owner of the facility, Jerry Gealy, who is the father of 29-year-old Beau Gealy, who was reported missing last weekend and last seen in Scottsbluff Tuesday, Feb. 18.

A Ford F-150 Crew Cab pickup truck with the Nebraska commercial truck license plate 21-491P, which belonged to Beau Gealy, was towed from the scene to be examined by Scottsbluff Police and Sheriff’s Office investigators for evidence in the case.

Overman says at this point, there was nothing at the scene that immediately indicated foul play, but until otherwise ruled out, the case was being treated as a homicide for investigation purposes. An autopsy has been ordered, with results on an official cause of death not anticipated until next week.