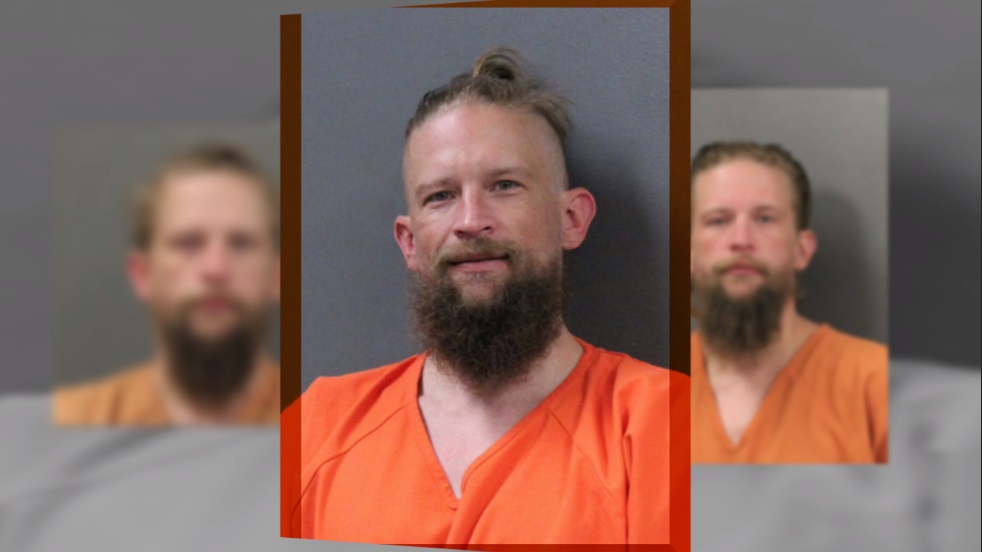 A 34-year-old Scottsbluff man who was caught with 40 grams of methamphetamine who was pulled over for having expired in-transits on his pickup last November has been sentenced to prison.

On Friday, Jeffrey McClure was sentenced to 6 to 10 years in prison after pleading no contest to a  Class 1C Felony charge of Possession of Methamphetamine (28-140 grams).

A warrant for his arrest was issued after he failed to appear for his May sentencing hearing, and he was ultimately apprehended in Colorado and extradited back to Nebraska.

On Friday he was sentenced, which includes a mandatory minimum five years in prison, but did receive credit for 113 days already served.

McClure is also facing charges in two other felony cases in Scotts Bluff County District Court. One involves a reported assault at Menards, where he charged with 2nd Degree Assault and Use of a Deadly Weapon to Commit a Felony. The other is a Felony Failure to Appear when on Bond charge stemming from missing his May sentencing date.