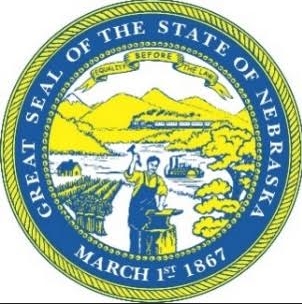 Courtesy/Great Seal of the State of Nebraska

Lincoln, Neb. — The 2020 primary is officially in the books. Members of the Board of State Canvassers reviewed and approved the results of the statewide election. No problems were noted in the Canvass Board review, and no state races qualified for an automatic recount.

Secretary of State Bob Evnen opened with a few remarks regarding the success of the primary election in the midst of a coronavirus pandemic. “The May 12th primary was historic in a number of respects. More Nebraskans voted in our 2020 primary in the history of our state.” Evnen added, “Nebraska did not move the primary elections. The polls were open. This was all accomplished within the legal framework in our state. Nebraska voters refused to allow the coronavirus pandemic to prevent them from exercising their right to vote.”

Deputy Secretary for Elections Wayne Bena noted, “In addition to all 93 counties receiving new ballot counting and ADA equipment, Nebraska received high marks for election security.” Prior to the 2020 primary election, Nebraska was the recipient of the Inaugural Innovators Award presented by the National Association of State Election Directors (NASED).