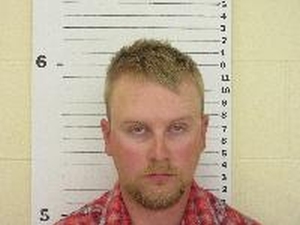 On Monday, investigators arrested Tyler Norton, 26, of Evans, Colorado after he arranged a meeting for sexual activity with what he believed was a 15-year-old girl. Norton had been actually been communicating with an undercover NSP investigator.

When Norton arrived for the arranged meeting Monday at a gas station in North Platte, he was arrested for enticement by electronic communications. He was lodged in Lincoln County Jail.