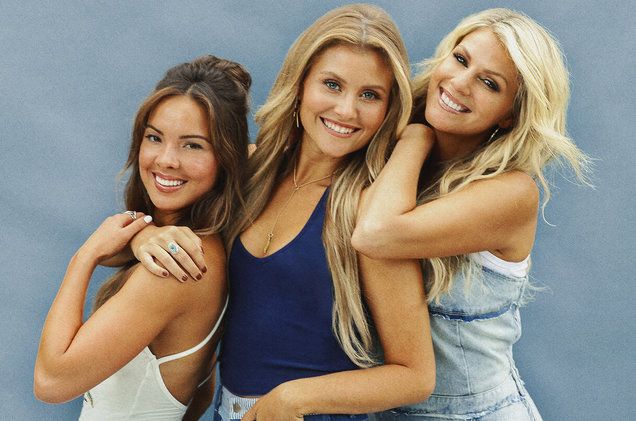 Runaway June and the Dylan Bloom Band will play Wurst Tag 2020 in Eustis!

Eustis’ 41st annual Wurst Tag celebration will feature live music by Runaway June and the Dylan Bloom Band! The concert will be held on the hill in Eustis on Saturday June 13, 2020.

Tickets will be available at H & J Grocery Store in Eustis and online at Outhouse Tickets. Additional information will also be posted on KRVN’s Runza Concert page.

Critically-acclaimed Country trio Naomi Cooke, Hannah Mulholland and Jennifer Wayne comprise the harmoy of Runaway June. That sound is at the core of every song on their debut album, Blue Roses. “We all love Bluegrass and traditional Country music. That’s been all of our hearts,” says Jennifer. “It’s what we love singing every single night, and it’s the backbone to all of our songs.” With the sparest of instrumentation and the gloriously rich three-part vocal line that put Runaway June on the map, “Blue Roses” may be a meditation on mortality – but sonically, it stands as a proud mission statement for this band as their first full-length record finally makes its way into the world.

Four years ago, the three women were solo singer-songwriters, connected via the small-town network of Nashville’s Music Row. “Labels were not signing solo female artists at the time, and it was really daunting and discouraging,” remembers Naomi. Fate soon found the trio in a writing room together, and the songs just flowed. When BBR Music Group heard their music, they were quickly added to its newest imprint, Wheelhouse Records, and Runaway June was born.

Starting in 2009, Dylan began fronting his first band alongside his father Dean Bloom, performing Country/Rock in his hometown and other small towns around Nebraska. in 2012, Dylan released his first album “Strong in a Small Town” followed by a sophomore album named “Population 1213” in 2016. Dylan’s range of gravelly vocals mixed with honest lyrics and small town anthems instantly connect with listeners.

Wurst Tag is a family oriented German heritage celebration. Some of the activities include a parade, kids activities, contests, and a car show. The day concludes with a large German dinner with desserts and a street dance or “PARTY ON THE HILL”! Two large beer tents provide seating and shade during the day.