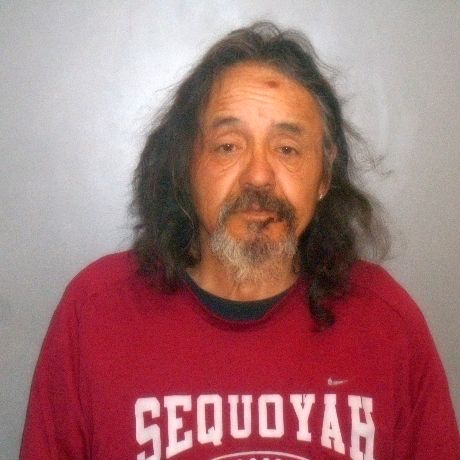 Cozad, Neb. — Witnesses say two men were stabbed at a Friday night party at a Cozad residence and another man faces felony charges for stabbing them.

Those at the get-together say 55 year old Victor A. Rackliff of Cozad shoved his girlfriend and another man, 25 year old Jay F. Griffis, confronted Rackliff. The two went outside the residence for a discussion, but things took a bad turn when a verbal argument became physical and Rackliff allegedly pulled a knife with a 3 & 1/2 inch blade and stabbed Griffis causing a severe laceration to Griffis’ elbow and triceps area. Later at the hospital, another stab or puncture wound was located in Griffis’ left buttock.

A third man, 27 year old Devin Wilson, tried to break the subjects up and get the knife, but also was stabbed in his left buttock before another person at the party wrestled the knife from Rackliff. Wilson received stitches for the wound.

Jay Griffis was taken to the Cozad hospital and then transported to a Kearney hospital for emergency medical care for a serious wound to his arm.

Cozad Police officers took Victor Rackliff into custody at the residence at 11:30 p.m. and transported him to the hospital for treatment of minor injuries. He was then taken to the Dawson County Jail.

Rackliff was arraigned in Dawson County Court Tuesday on charges of 1st Degree Assault, 2nd Degree Assault and Use of a Deadly Weapon to Commit a Felony. His bond was set at 10% of $100,000 and he was ordered to have no contact with the two men who were stabbed.

Rackliff had his preliminary hearing set for May 14 at 3:30 p.m.