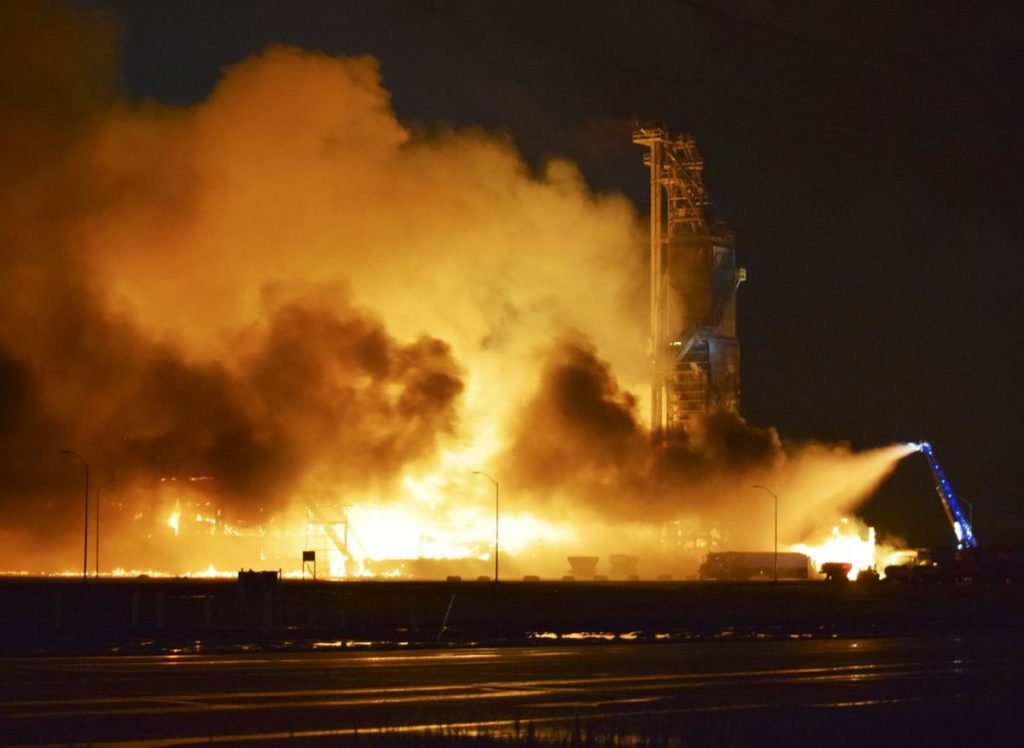 An emergency call about the blaze was received around 11:30 p.m. The building was reported to be engulfed in flames, and mutual aid was requested from neighboring fire departments. Juniata and Glenvil volunteer firefighters had arrived by around midnight.

A Tribune reporter who responded to the emergency call said even though he could not get near the scene, he could see rafters visible on the burning building within 30 minutes or so of the initial call. Although it was dark, the reporter said the structure apparently was destroyed

Scanner traffic monitored by the Tribune included a call for ambulances to the scene to address reported burn injuries to at least two individuals.

Hastings Fire and Rescue’s Facebook page warned residents of smoke drifting into town and advised them to keep windows shut and stay inside.

CPI opened the plant at 265 N. Showboat Boulevard in 2018. The plant was planned to have storage capacity for 42,000 tons of product.