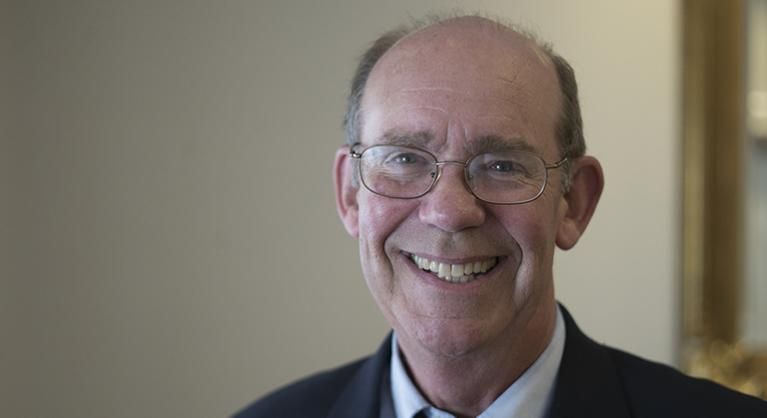 “D-Day + 75 in the Eyes of America’s Postwar Generations”

The lecture, titled, “D-Day + 75 in the Eyes of America’s Postwar Generations,” is presented by Humanities Nebraska (HN) and co-sponsored by the University of Nebraska.

David Eisenhower is grandson of World War II Allied Supreme Commander and later President Dwight D. Eisenhower. A highly respected historian and lecturer, Eisenhower has traversed the U.S. and Europe in 2019, speaking to many different audiences about his grandfather’s perspectives on D-Day as supreme commander of the Allied Expeditionary Forces who was responsible for launching “Operation Overlord” on D-Day.

The Governor’s Lecture will provide an historic outline of the event, recollections of those involved, including General Eisenhower, and the possibilities opened up by the victory of D-Day for the United States and other nations.  In 1986, David Eisenhower’s book, “Eisenhower: At War,” was a finalist for the Pulitzer Prize in history, and it was named one of the five best nonfiction books of the year by TIME magazine. He has since written many magazine articles and book reviews on the subjects of politics and history and a book about his grandfather’s post-presidency years titled, “Going Home to Glory.” He is an historian and Director of the Institute for Public Service at the Annenberg Public Policy Center and serves as a senior research fellow at the University of Pennsylvania’s Annenberg School of Communication, where he is also a fellow in the International Relations Department.
Co-chaired by HN board members Brenda Christensen and Pete Zandbergen, the benefit dinner prior to the free public lecture raises important funds for HN’s statewide programs.

Invitations will be mailed this summer. For information regarding sponsorships, please contact Humanities Nebraska at 402.474.2131.

Humanities Nebraska is a non-profit organization that inspires and enriches personal and public life by delivering opportunities to engage thoughtfully with history and culture.