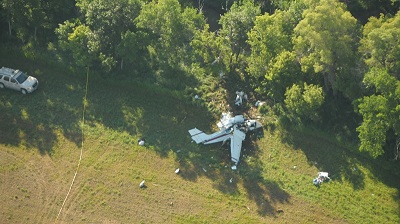 Coroner Vance Haug Friday identified those who died in the accident as 25-year-old Duncan Brown, of Forestville, California, Damon Brown, 61, and Sarah Brown, 68, both of Sebastopol, California.

According to FAA spokesman Tony Molinaro, the plane’s flight had started in Oshkosh, Wisconsin, destined for Chadron, and FAA records say it crashed on approach to the airport.

Haug says investigators from the Federal Aviation Administration and National Transportation Safety Board remain on the scene, examining the crash site, wreckage and other data to determine the cause of the accident.