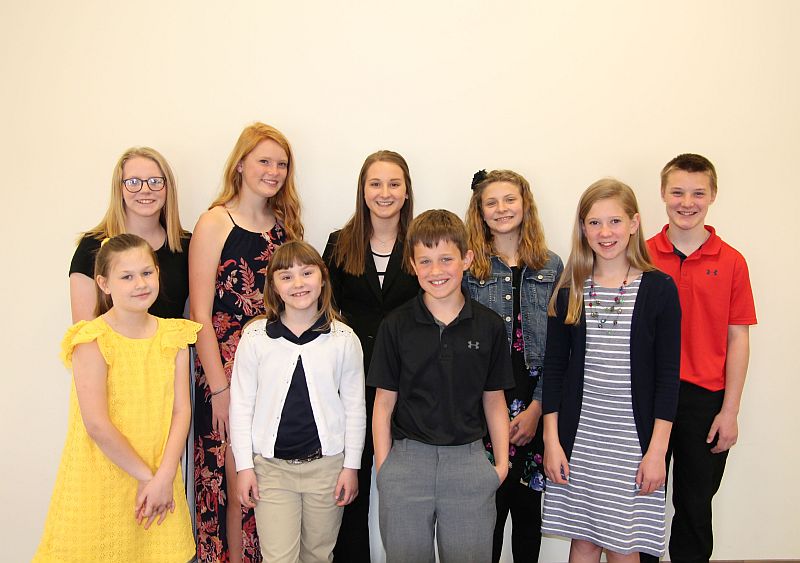 In the Junior division (10 years of age and younger), Intermediate Division (11 to 13 years of age), and Senior Division (14 to 18 years of age), speakers were required to prepare an original speech on an aspect relating to their 4-H experience. In the Junior, Intermediate and Senior Radio Public Service Announcement (PSA) divisions, 4-H’ers were required to write a 60-second radio spot promoting 4-H. 4-H’ers who competed in the Radio PSA division could also compete in the speech divisions. The top speakers in the Senior speech and PSA divisions will represent the district at the State 4-H Speaking Contest held during the Nebraska State Fair in Grand Island. The contest is sponsored by the Nebraska Rural Radio Network.

Individual results and ribbon placings for the Dawson County participants include:

In the senior PSA division, a purple ribbon went to Abbie Owens of Lexington with her PSA titled “Incredibly Inspired”. Blue ribbon went to Saidi Ringenberg of Lexington with her PSA titled “Rule Yourself: Rule the World!” Abbie was one of two individuals to receive a senior PSA medal. Her PSA will represent the district at the State 4-H Speaking Contest.