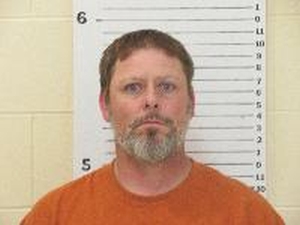 North Platte, Neb. — During the month of February 2020, Lincoln County Sheriff’s Deputies obtained information that a subject identified as 39 year old old Darby Stevens of rural Brady had a firearm in his possession. Deputies learned that Stevens was a convicted felon and should not have firearms. Deputies asked for an arrest warrant for Stevens and it was granted Wednesday.

On Thursday at 8 a.m., deputies conducted a traffic stop on Stevens along Highway 30, just west of Brady. Stevens was taken into custody and an inventory search of his vehicle was conducted. Deputies discovered Drug Paraphernalia and a large amount of suspected Marijuana.