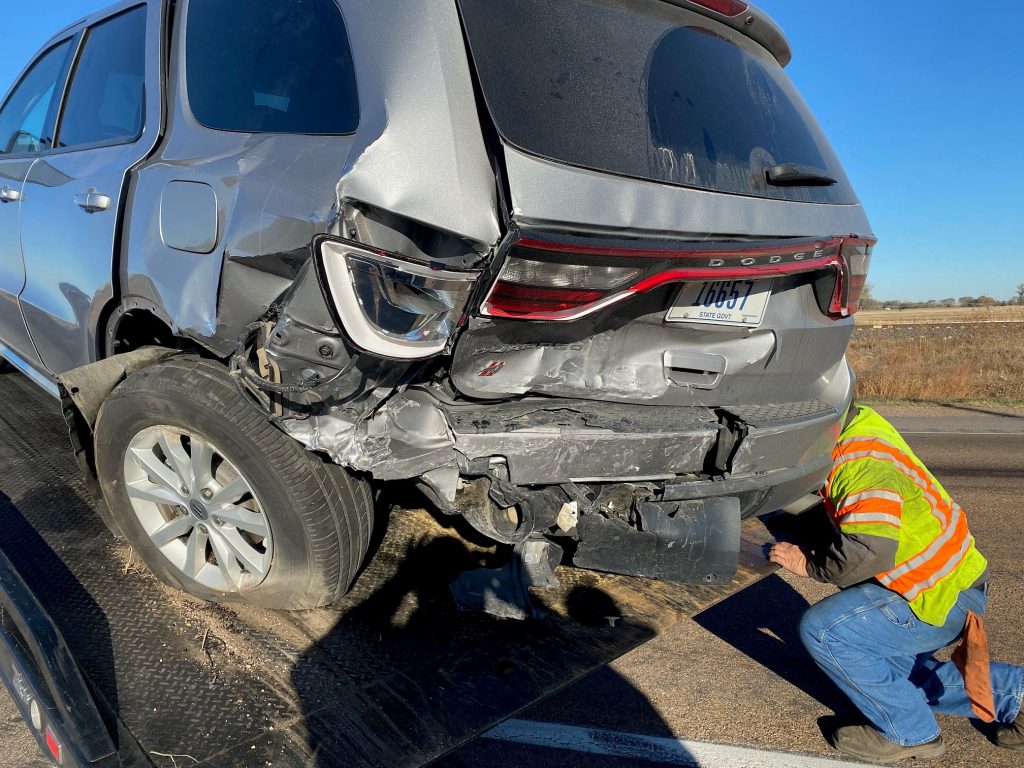 NOVEMBER 2, 2020 (NORFOLK, NEB.)  — A commander with the Nebraska State Patrol suffered minor injuries when his vehicle was rear-ended by another vehicle this morning on Highway 30.

The collision occurred at approximately 7:40 a.m. Monday. The NSP vehicle, an unmarked Dodge Durango, was stopped on Highway 30 at Monroe Road, east of Silver Creek, waiting for the vehicle in front of it to turn left onto Monroe Road. That vehicle was waiting as a train passed. A Cadillac CTS then struck the NSP vehicle from behind.