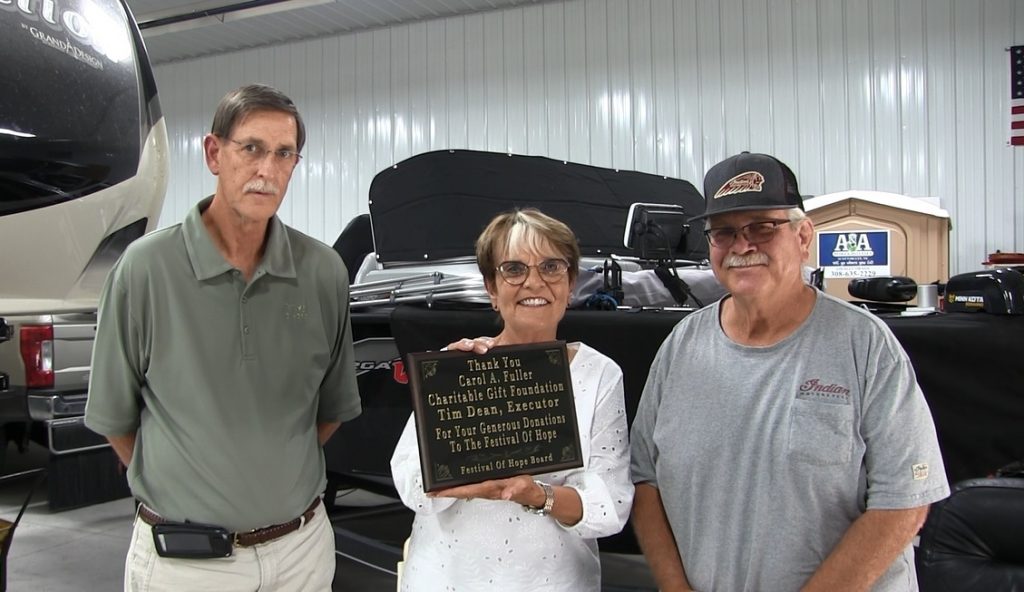 The Festival of Hope has been awarded a $50,000 donation from the Carol A. Fuller Charitable Foundation.

Dean told KNEB News the donation this year was one that almost didn’t happen. He said they had planned to focus the funding in a different direction this year, but when the COVID-19 pandemic came up, there was no way they could turn their back on Festival of Hope.

Since the foundation was created after his aunt’s death in 2016, Dean has now donated a total of $200,000 to Festival of Hope through the Carol E. Fuller Charitable Foundation.

Dr. Vince Bjorling said the need has been just as big or bigger this year, and the gift will go a long way in helping a lot of people.

The mission of Festival of Hope is helping out with non-medical expenses for families of those who are undergoing cancer treatment.

Bjorling said the traditional Festival held in June was just not possible while observing health and safety protocols for the COVID-19 virus.