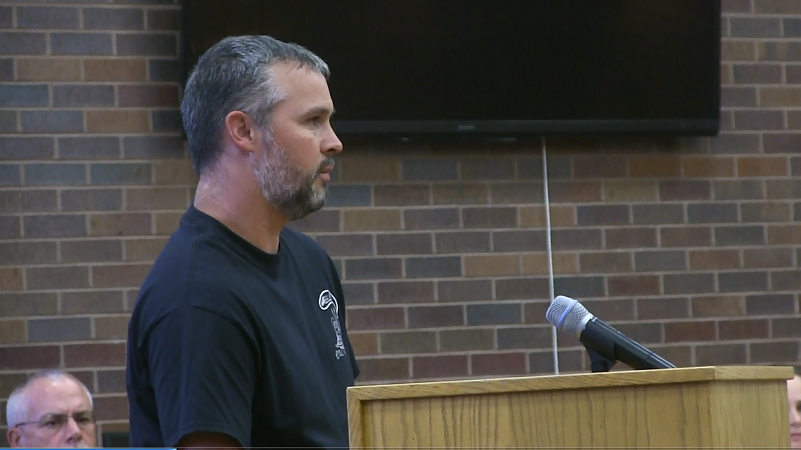 With encouragement from the family of a Gering man who died as the result of a tragic motor vehicle accident last year, the Gering City Council has approved a program allowing the placement of roadside memorial signs in the community.

Donald Wimberley of Gering was struck by a vehicle in May 2019 after he had pulled over to check on a trailer he was towing on 7th Street.

Monday night, Frank Wemberley addressed the council, saying the family wanted to memorialize his father in a fashion similar to that allowed on state highways, but found out that wasn’t allowed. “I was surprised by it that there was nothing on the record for that type of item, so I kind of pitched the idea about the state program, and whether or not the city would get behind something like that,” said Wemberley, “It’s just been amazing. From July to tonight, to see this on the agenda and possibly being approved, it’s just amazing.”

Mayor Tony Kaufman said it was touching that a family impacted by such a tragedy sought to promote a such a program that would also help others. “Reality is, we live in a fast-paced world and there are distracted drivers every single day. And so, if there’s a token the city can do to provide beacons or reminders in our community, I think that’s fantastic,” said Kaufman. “This is local government at it’s finest, where we have a community member bring something to our attention, we work the process and hopefully it’s something that makes our community better and stronger.”

The Council approved the program on a vote of 6-0.