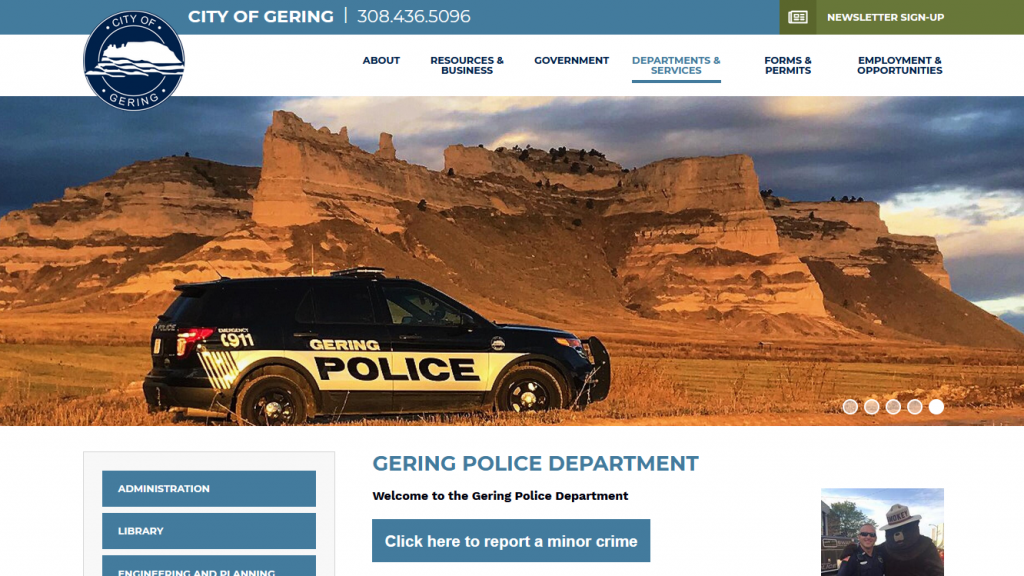 The Gering Police Department has unveiled a new online system through the city’s website to allow residents to report minor or lesser crimes not currently in progress.

The new system would give residents the ability to file a report with the department for additional follow-up on crimes including theft or criminal mischief $5,000 or less, trespassing, scams, littering, or graffiti.

Captain Jason Rogers told KNEB News that given these unprecedented times, they felt it was important to offer citizens the option to report a crime without the need for an officer to come to the residence or business, and officers would follow up on the crimes reported once the form is submitted.

Rogers  says the department is committed to conducting a thorough investigation, no matter how a crime is reported, and while no crime is minor in the eyes of the victim, the reporting system is limited to primarily property crimes in which the value of damaged or stolen property is relatively low.