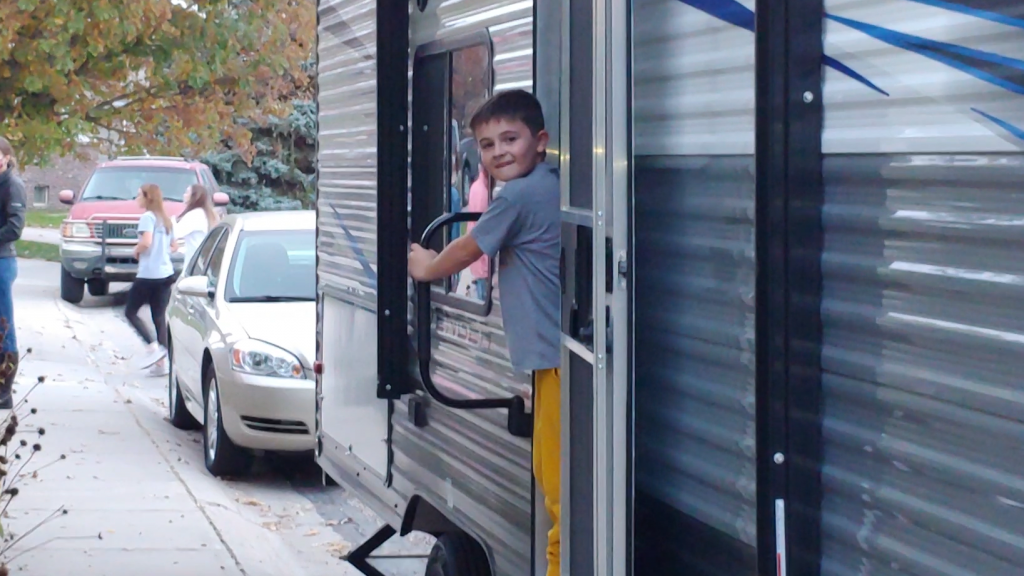 It may not be Disney World, but a new camper provided through the Make-A-Wish Foundation will lead to many new adventures for a Gering youth battling leukemia.

Friends, family and neighbors gathered Tuesday evening at the home the grandparents of Walker Anderson, who was diagnosed in June 2019 and after a considerable amount of time in treatment in Denver, plus a few follow-up visits, is now considered in remission.

Parents Jeane and Matt Anderson told KNEB News there was a lot of discussion of options for his wish, many of them typical of a young boy such as a hamster or a turtle, once the theme park trip was taken off the table.

Jeane Anderson told KNEB News the family has had a history of spending time outdoors, and so the choice of a trailer was one that made sense. “I think it’s just been something that’s on his mind,” said Jeane. “It was a tough decision after Disney World was not an option. We still do it, but you had to wait until April (of 2021) and then they decide if that’s still a possibility, and we didn’t want to take that risk.”

Even the camper took some time for Make-A-Wish to locate, as RVs and campers have been in high demand over the past six months.

The new camper will allow Walker to enjoy two of his favorite activities with the family, including fishing and spending time in the great outdoors. Matt Anderson tells us the family is likely to first spend a night or two in the camper parked on a city street or in the driveway before deciding on what location outside of town they will visit first.