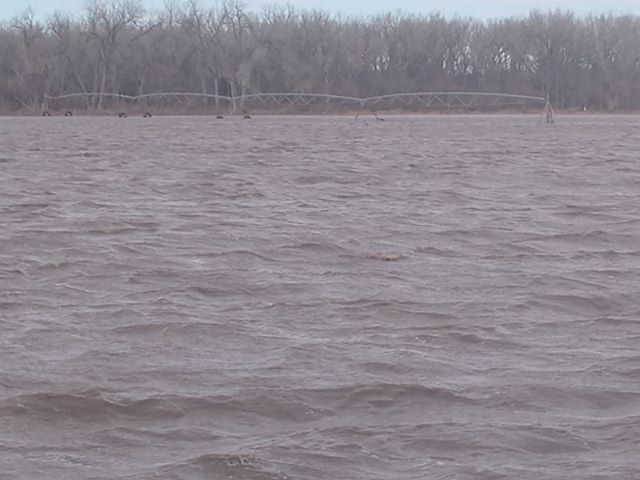 “As snow and rain pass, many communities have experienced devastating flooding.  This could last for quite some time,” said Governor Ricketts.  “Nebraskans should watch the weather and waterways in their communities closely in the coming days, and be prepared for historic levels of flooding even if it has not hit their community yet.  As Nebraskans know, conditions can change quickly, and everyone needs to be prepared.”

Following a declaration of emergency Tuesday evening, NEMA opened the State Emergency Operation Center (SEOC) in response to hazardous conditions caused by blizzards and flooding impacting the majority of the state.

NEMA staff and partners began working 24-hours-a-day in the SEOC at 1:30 p.m. Wednesday.  The SEOC will remain open as needed.  NEMA is tracking conditions across the state, responding to requests for assistance from local emergency managers and developing a common operating picture to keep local officials aware of the situation.

Flight operations will begin Friday as weather permits.  Be advised that if you are using a drone, use caution and keep away from operational flights near rivers.

Safety and Security: Evacuations are taking place throughout the state including:

The Washington County Sherriff has ordered a mandatory evacuation of the eastern portion of the County.  The Reception Center in Fremont is available for shelter.

The Nebraska National Guard has deployed multiple high-water vehicles and Army National Guard Soldiers to both Norfolk and Genoa to assist with stranded individuals and evacuations.  Sandbagging is being done throughout the state.  The U.S. Army Corps of Engineers has had requests for 22,000 sandbags.  Three million are available.

Nine Lincoln Urban Search and Rescue members have been deployed to Columbus.  Five to 20 people and five dogs on a list for rescue in Columbus.  A family with a child is the priority.  Buffalo County Emergency Management deputy was hit by a vehicle while taking photos.  His condition is unknown.

The Bureau of Indian Affairs is working with the U.S. Army Corps of Engineers to coordinate efforts.  Currently, we have two individuals that are unaccounted for and one confirmed fatality in Platte County.  Details involving the fatality will be released at a later time.

Food, Water, Sheltering: As of midnight Wednesday, 103 people have been placed in Red Cross and partner shelters.  Red Cross updates counts at midnight each day.  Shelters are open in the following places:

Several towns are experiencing disruptions in water service including Butte, Verdigre, and Niobrara.

Energy (Power & Fuel): There are currently no reported power outages in the state.  Cooper Nuclear Station is at 100 percent power.  Officials there are having rock brought in to reinforce the south access road and are evaluating the situation continuously.  There are no reported damages to pipelines.