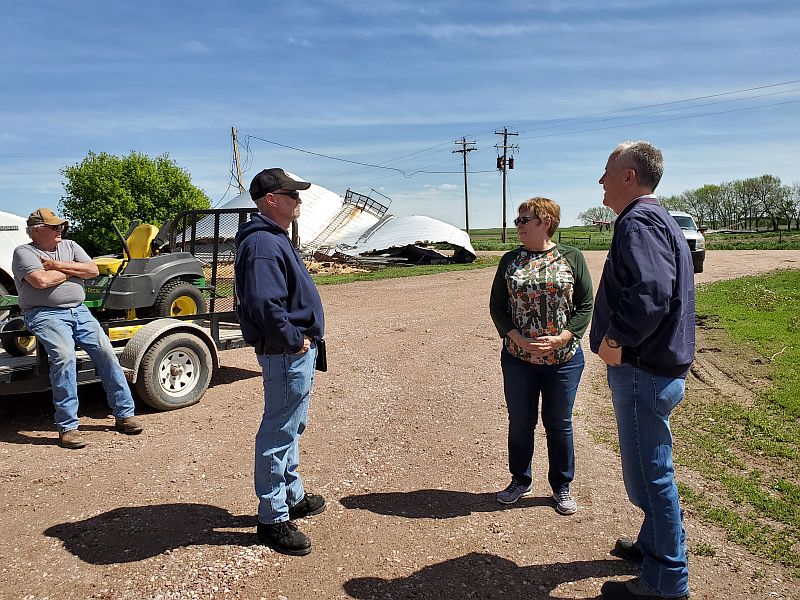 The National Weather Service Office in Hastings sent out a survey team to Dawson County Saturday morning to assess the damages and characteristics of the supercell thunderstorm that passed through the area the previous evening. KRVN News caught up with the survey team northeast of Cozad by late morning. While they were still gathering information, Warning Coordination Meteorologist Mike Moritz discussed some of the preliminary information they had as of that time.

He said they started their day east of Farnam where buildings were damaged along with trees and power poles. East of Cozad, the started at the cemetery and continued northeast where there was damage to farmsteads, trees, grain bins and center pivots. Moritz said damages east of Farnam and northeast of Cozad were both likely from EF-1 rated tornadoes.

On the characteristics of the storm, Moritz says the most intense portions of the storm lines appeared on the southeast to eastern edges of the storm area feeding off a southeast wind. He said there was also enough wind sheer to classify the storm as a “supercell” with a long track from northwest Kansas to Valley County.